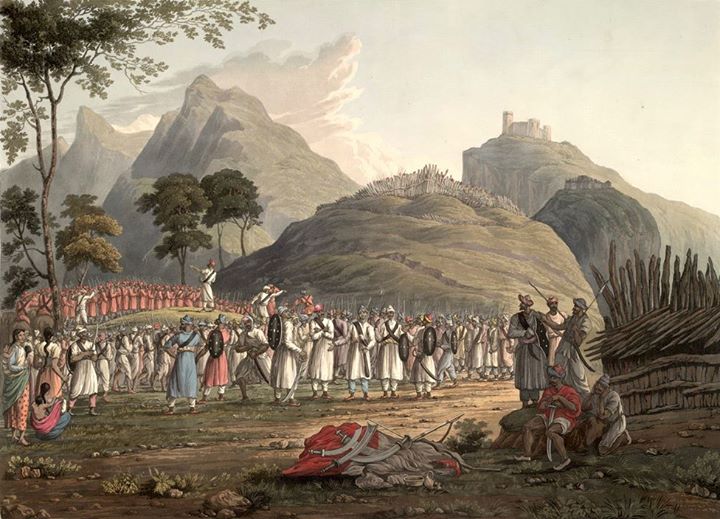 Image:
This coloured aquatint was made by Robert Havell and Son from plate 13 of JB Fraser's 'Views in the Himala Mountains' - 1820.

Fraser's brother William was a political agent to Major-General Martindell during the Nepal campaigns of 1814-15, when the Gurkha Empire was about the size of Great Britain and was unified for the first time in its history. James Fraser accompanied him at that time, commenting that the men of the Nepalese army "had much of the true and high spirit of a soldier", admiring the Gurkhas' sturdiness, strength and courage. As the war progressed, Gurkhas who capitulated were received into British service, joining William's detachment, which became known as Fraser's Irregulars. At the end of the war Gurkha regiments were incorporated into both the Indian and British armies and William was considered one of the founders of these regiments.