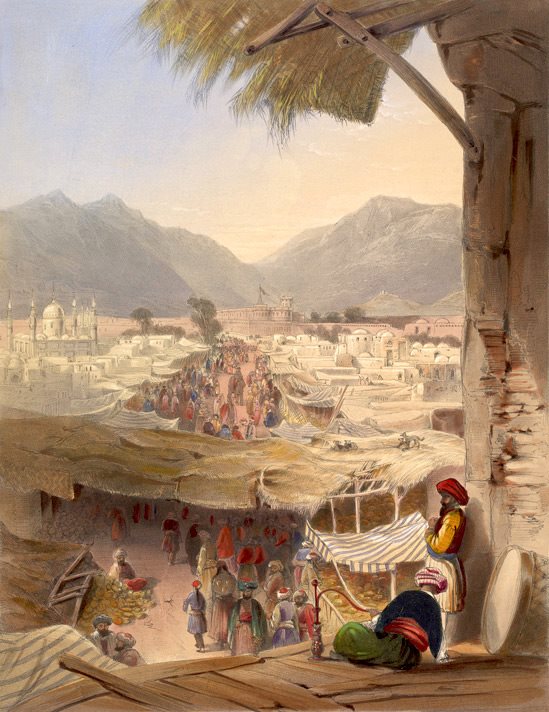 Image:
This lithograph is taken from plate 28 of 'Afghaunistan' by Lieutenant James Rattray - 1848.

The Naqqara Khana, from which this view was composed, was the room where the Royal Band played. It was part of the domed building known as Charsu ('Fourways'), which stood in the centre of Kandahar and was the meeting place of the city's four principal roads. At the Charsu were the best shops for arms, writing materials and books. Official proclamations were also made there and public hangings were carried out.

The mosque on the left held a relic said to be the Prophet Mohammed's shirt. This was guarded with great care by the British since a Durrani chief had almost stolen it with a view to inciting a holy war against the 'Feringhees' (foreigners).

Rattray wrote: "Nothing can surpass the wild, stunning and unearthly music of His Majesty's band", whose reverberations proclaimed for miles around the entry and exit of Afghan princes. The band also served to toll the divisions of the day: playing at daybreak, midday and midnight.