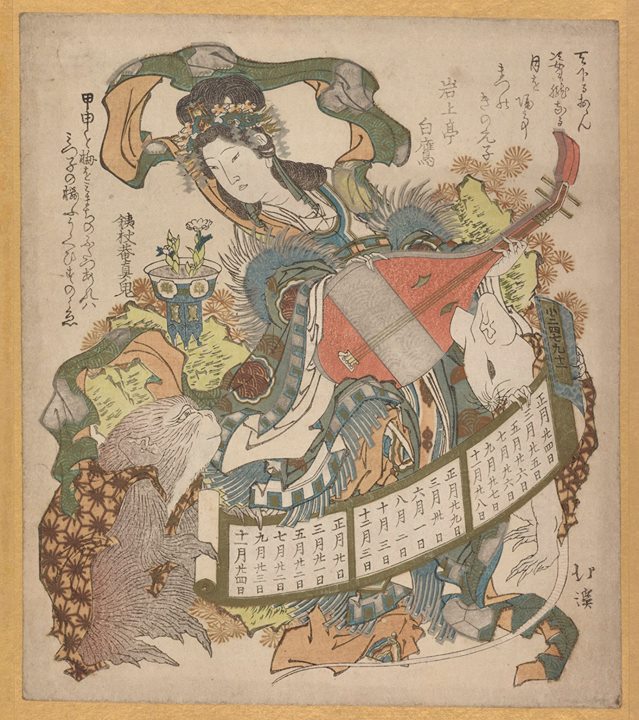 Benzaiten (弁才天, 弁財天) is a Japanese Buddhist goddess, who originated from the Hindu goddess Saraswati. Worship of Benzaiten arrived in Japan during the 6th through 8th centuries, mainly via the Chinese translations of the Sutra of Golden Light, which has a section devoted to her. She is also mentioned in the Lotus Sutra and often depicted holding a biwa, a traditional Japanese lute, just as Saraswati holds a veena. Benzaiten is a syncretic entity with both a Buddhist and a Shinto side.
(Wiki)

Like Aditi, who, too, has Her Greco-Roman counterparts, Saraswati is also related to Athena, the patron Goddess of Athens, which happens to be the genecentre of Western and - by extension - contemporary philosophical and scientific wisdom.

Athena the Greek Godess and Sarawathi ji are considered counterparts .... am getting curiois about the vahan