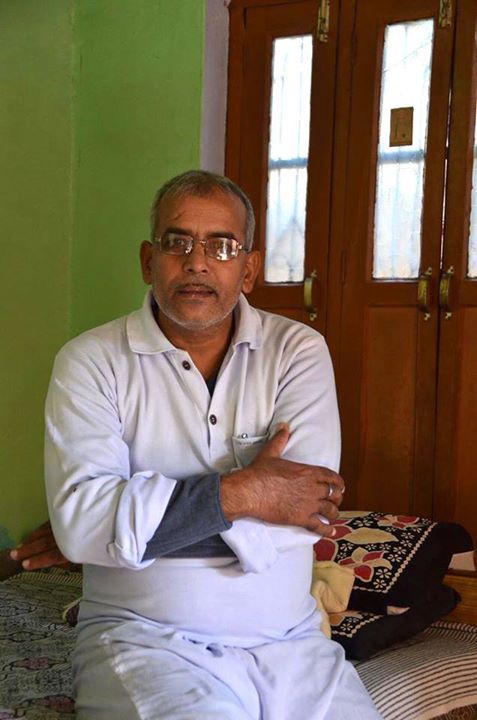 Meet Wazir Chand - The scientific community has intervened very late at Rakhigarhi. The villagers had been selling finds from this site to bounty hunters for the past 20 years. Wazir Chand was one local resident who didn't sell, but built up a collection which he housed in a room at his home, for visitors to see. But as the value of the finds went up, some of it was stolen from him at gun-point and the rest of it he donated to the ASI. It is this collection which forms the base of what you get to see of Rakhigarhi at the Chandigarh Museum. Wazir Chand himself had been highlighting the importance of the site through the 1980s but didnt get much support. It is selfless folks like him whom we should thank for whatever little has been preserved. Even today, the site lacks basic infrastructure for researchers / visitors / journalists so it comes down to personal help from Wazir Chand and his family. He continues to dream of some government support for a site museum at Rakhigarhi.

To Wazir Chand... For his Endeavours !

Wazir Chand shared a good colour booklet on Rakhigarhi, compiled by the Haryana archaeology/museums department head, Vijai Vardhan ( IAS guy, incharge) and published by Haryana government, with me. Its already out of print but most of its content is available online as a PDF in this other Haryana government magazine. Good information & snaps here on Rakhigarhi. ( Do see -> http://haryanasamvad.gov.in/store/document/HR%20%20Review%20JUNE%202015.pdf )