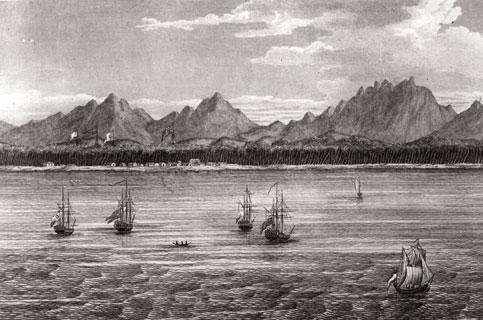 Years before the 18th century had travellers and explorers—and travel writing—too. Generals, missionaries or ambassadors would bring in details of the places they had visited between descriptions of military tactics or religious practices. Sometimes the person doing the writing wasn’t the one doing the travelling.

Throughout the Middle Ages, scholars would compile geographies from sailors and merchants who had explored other lands. But the prototype of the travelogue as we know it today was probably invented by the Arabs—Ibn Fadlan travelled from Baghdad to the kingdom of the Volga Bulghars, Ibn Jubayr travelled from Moorish Spain to Arabia, and Ibn Battuta had covered most of the old world in the 14th century.

Today’s book came a hundred years after Ibn Battuta’s. In 1441, Shah Rukh of Persia sent Kamal-ud-din Abdur Razzaq as an emissary to Vijayanagar. Abdur Razzaq wrote his travels in the Matla-us-Sadain wa Majma-ul-Bahrain, or The Rise of Two Auspicious Constellations and the Confluence of Two Oceans, which was translated into French—and then, in 1855, the translation was translated into English by R.H. Major. It is excerpts from this translation that follow below.

Abdur Razzaq was a reluctant traveller, who left Herat only at the order of his monarch, and who swore in his travelogue that he would never make a voyage again.

He had his reasons—his brother died on the passage to India, and he himself was caught up in court intrigues that nearly killed him.

But his narrative is fast-paced and exciting, and his vow to stay at home once his journey was done is a loss to readers. Razzaq’s descriptions of China, or the Spice Islands, could have been great fun. Unfortunately, they were never to be.

Interesting book title - Majma ul Bahrain - Mingling of the two Oceans. The same title which Dara Shikoh used for his book, some years later, inspired by all that is common to hindu and muslim theology. Common ground between the Koran and the Veda/Upanishad/Gita.