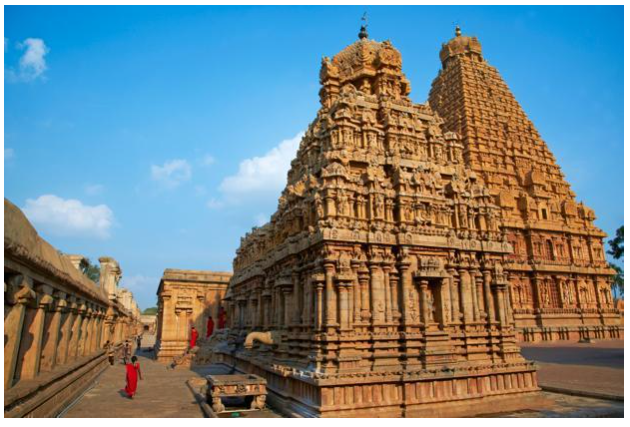 Textbooks on Indian history have to be purged of Marxist and colonial biases that ignore historical evidence.

The debate over the need to re-write Indian history textbooks is heating up and, yet again, it is likely to spiral into an ugly political spat. Sadly this debate will distract from the many sensible reasons history books need to be changed.

Indian history is mostly written from the perspective of Delhi or at most northern India, as if the rest of the country barely existed except as mere provinces. The average Indian student, for instance, will learn almost nothing about the great Satavahana, Vijayanagar or Chola empires of southern India. Unless you live in the northeast, you may never have heard of the Ahom kings who ruled Assam for 600 years and even defeated the Mughals. This absurd imbalance needs to be corrected. Moreover, history is not just about the rise and fall of empires but also about other streams of history. For instance, Indian textbooks say almost nothing about the country’s rich maritime history beyond a passing reference to Chola naval raids on Southeast Asia. Students learn very little about thriving Indo-Roman trade or the exploits of ancient Odiya merchants who pioneered sea routes across the eastern Indian Ocean. The great influence of Indian civilization on Southeast Asia is barely mentioned, if at all.

We hear about groups who came to India as conquerors but nothing of people who came to India peacefully as traders and refugees—Parsis and Jews from the west and the waves of Southeast Asian tribes from east. Similarly, even university-level textbooks are written as if the geographical landscape of the country is static. Little is mentioned of shifting coastlines and rivers, changing wildlife, and evolving cities.

The extraordinary history of Indian science is similarly ignored or, as some would argue, deliberately downplayed. There is more than adequate evidence that ancient Indians made great advances in metallurgy, medicine, mathematics and so on. As others have also pointed out, by downplaying genuine scientific contributions, textbook writers have created a vacuum that is filled with claims of flying chariots.

Most readers will be surprised to know that many well-known events and characters of Indian history are based on very thin evidence. Emperor Ashoka is much revered for having turned into a pacifist after witnessing the human cost of his invasion of Kalinga. However, texts such as Ashokavadana clearly mention major massacres of Jains and Ajivikas that he ordered long after his supposed conversion. Far from being Ashoka the Great, the evidence suggests an unpopular king whose empire began to crumble while he was still alive. Even the regret over the Kalinga war looks suspiciously like propaganda given that none of the inscriptions in Odisha mention it.

Not only have mainstream historians built grand stories on wobbly evidence, they are also strangely impervious to the continuous flow of new evidence being thrown up by archaeology, genetics, climate sciences and so on. Thus, we are still taught about the Aryan Invasion in 1500BC despite the fact that genetic and archeological studies find no evidence for any large-scale migration from Central Asia. The date of 1500BC was always arbitrary and we have good reason to believe that climate change caused the decline of Harappan cities five centuries earlier.

This is not to suggest that everything good about Indic civilization is of indigenous origin. Over the centuries, we gained from absorbing foreign ideas and influences, especially in food, architecture, and language. Try to imagine India without the chillies and tomatoes brought by the Portuguese, cricket and railways brought by the British or the Taj Mahal built by a Turko-Mongol emperor. However, it is also true that the same foreign invaders caused the deaths of millions of people through warfare and famine. Indian students need to be told about both the good and the bad.

Correct. These Marxist have given a coloured view of our history

Such an amazing and fantastic history, to be sure. Just look at the many extraordinary cultural remains.

Couldn't have said it better - brilliantly put! I must read your book

They also need to know how the invaders destroyed a very prosperous civilization. Killed millions,raped millions and destroyed thousands and thousands of temple s, including bamiyanbuddha

A nice school of thought...

There is an urgent need to discern those thousands of inscriptions as they can convey many facts. They can also throw many mysteries that can challenge the historians to work hard. Unfortunately, today we don't have worthy books on inscriptions. We have to still read the Epigraphias built by Britishers and be content with their narratives.

Marxist have their own view point arrived after analysis...u r free to accept or not...they are not creating fake evidences just to remove the cultural inferiority complex among the " nationalists " !!!

Who was our 1st education minister........ Dr. Maulana Abul Kalam.... By the blessings added to Khangress support we had successfully studied a our own country's biased history which was mostly twisted to suit one party's propaganda and needs . ask your selves why we had study the mughal history who were invaders who looted, killed hundreds and thousands of people, raped women and small girl children to no end. Religious terrorism was existing since times immemorial, there was a lull during British rule. No other country on the face of earth has misfortune of studying their own country's history in twisted, biased contorted form.

The world history is written by British. All historians live under the shades of it. I'd they Dont quote British historian works, no work is recognized. This is an organized mafia. Our history books are nothing but trash which eulogize what had been told by British.

They are ignoring the real if it doesn't suit their ideology

I have been commenting about in response to so many people's posts.I strongly feel South India is not given any importance in any history books.what a rich glorious period of Cholas or Pandyas remain unknown.

Absolutely. And it should be a debate between historians and not political class of either left or right.

History needs to be studied from other angles too