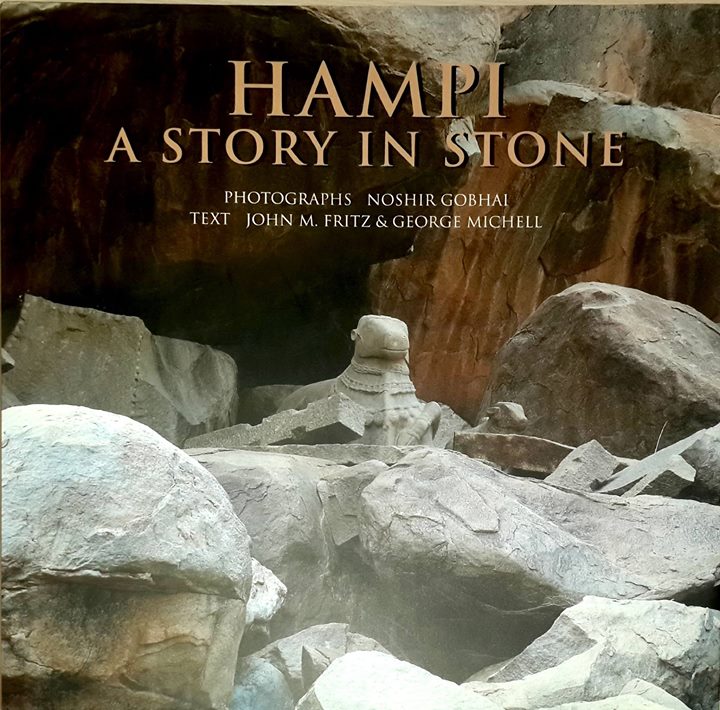 The ruins of Vijayanagara, the City of Victory, known better today as Hampi, on the right bank of the Tungabhadra river in northern Karnataka, constitute one of the most extensive and spectacular historical sites lo be found anywhere in India. Capital of the largest of all Southern India kingdoms for more than 200 years, from the early 14th century onwards, Hampi was developed by its Hindu rulers into a magnificent showpiece of imperial authority, attracting visitors from all over India, as well as from the Middle East and Europe. However, in 1565 the armies of the sultanate kingdoms of the Deccan, to the north of Hampi, sacked the city. Attempts to reoccupy the capital were unsuccessful, and thereafter it rapidly decayed. Visiting British and French officers documented the ruins during the 19th century, but clearance and conservation had to wait until the 20th century.

It's a amazing book. If you open the cover page , literally you will be having granite stone in your lap. Such wonderful printing and beautifully narrated book.