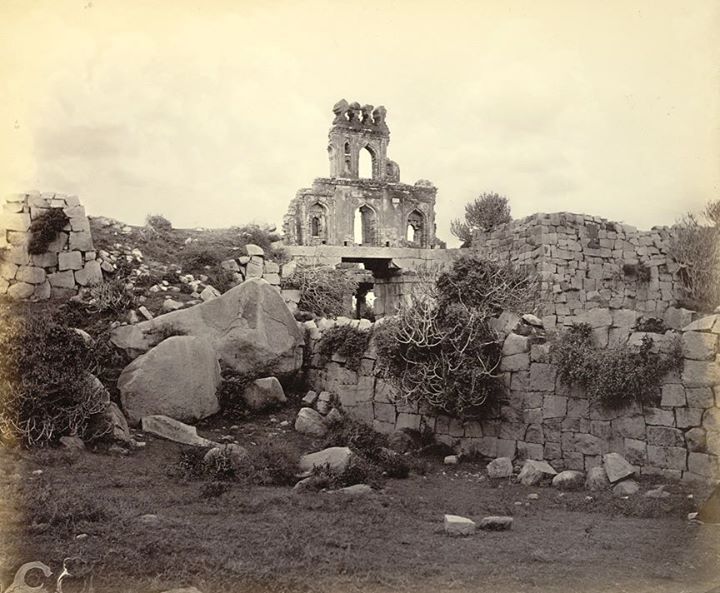 Vijayanagara, the City of Victory, was the most powerful Hindu kingdom in Southern India from 1336 until the defeat by the Muslim armies in 1565. It was built on the bank of the Tungabhadra River and is surrounded by granite hills. The ruins of this vast royal city incorporate distinct zones and are divided into two main groups, the sacred centre and the royal centre. Lyon wrote that 'This view represents the old Gateway, by which this part of the ancient city is entered. Within this gateway is a large tank, with a pavilion in the centre. Passing round two sides of this, and proceeding about a quarter of a mile further on, the visitor at last reaches the ruins called Vigiavittaldover, or the temple of Witoba, justly considered the handsomest of all those which remain within the limits of this ancient city.'