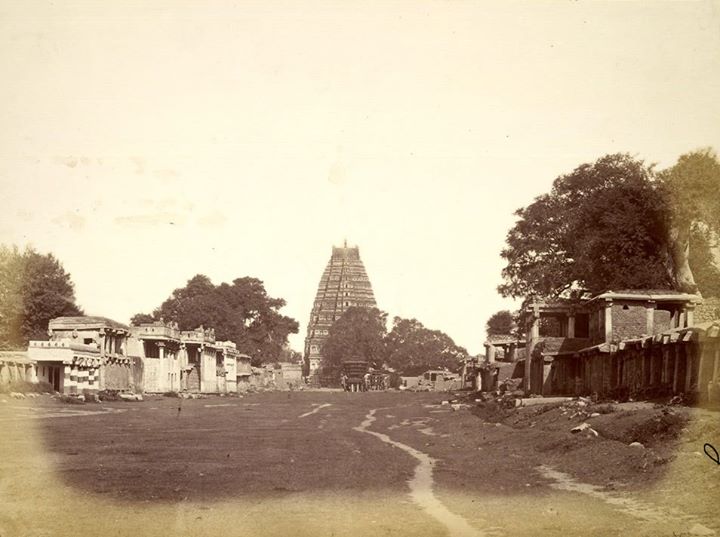 Photograph of a street in Hampi, looking towards the Virupaksha Temple, from the Archaeological Survey of India Collections, c.1880. Hampi is the site of the ancient city of Vijayanagara. Vijayanagara (city of Victory) the capital of the Vijayanagara empire was founded in 1336 and was the most powerful Hindu kingdom in Southern India until the defeat by the Muslim armies in 1565. The Virupaksha temple is situated in the centre of Hampi and dates back to the first half of the 15th century. It is set between four gopuras, tall pyramidal towers. This view shows the eastern gopura, the principal entrance to the complex. It has nine receding storeys decorated with sculptures of divinities.

Is it still standing? That's beautiful.