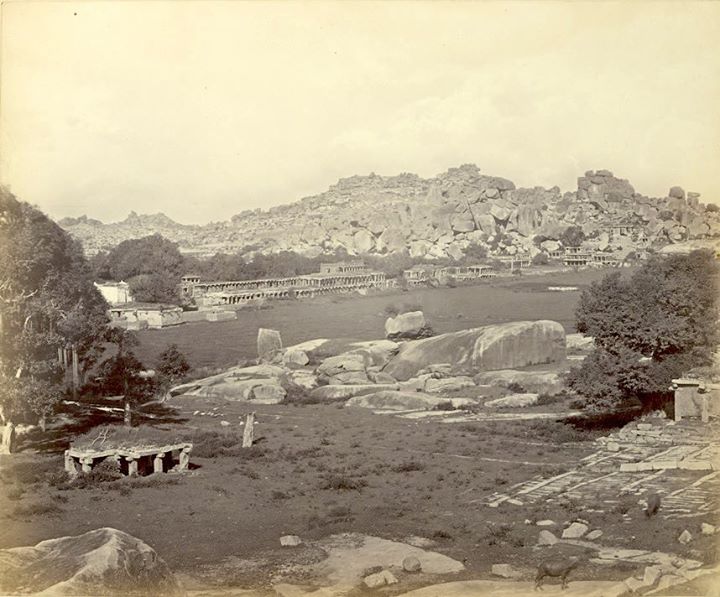 Vijayanagara, the City of Victory, was the most powerful Hindu kingdom in Southern India from 1336 until the defeat by the Muslim armies in 1565. It was built on the bank of the Tungabhadra River and is surrounded by granite hills. The ruins of this vast royal city incorporate distinct zones and are divided into two main groups, the sacred centre and the royal centre. This photograph is a view looking down from a hillside onto the colonnades of the bazaar running eastwards from the Virupaksha Temple complex.

I stayed there alone for almost a month in 1973, it was still just like that. what a magical place that was, when I when back three years ago it was full of tourists and guess house build around the town thing have change.