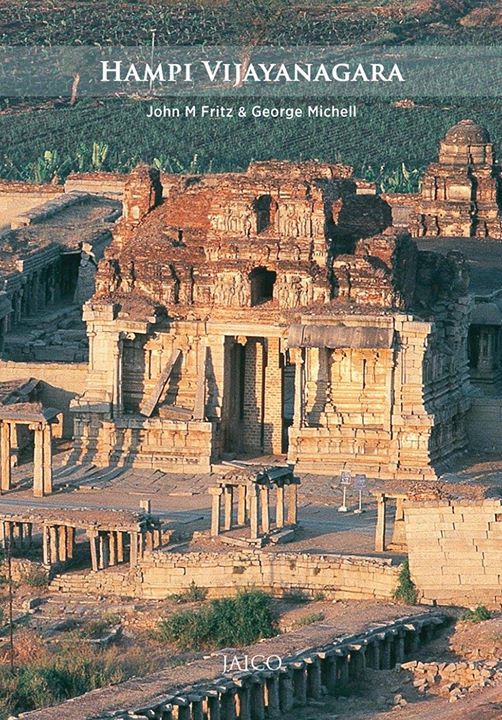 Journey into the high seat of one of the most celebrated empires of South India, into a world where the natural wonders of rock and stone combine with the long forgotten Hindu temples, left ravaged by the greed of one man as he pillaged the Indian subcontinent. Hampi Vijayanagara is a detailed account of the architectural wonders of the centre of Krishnadevaraya’s empire.

It was here that scholars flocked, seeking the appreciation they had heard about. It was here, that great Elephants were housed in their own stables, maintained like horses as they received utmost care. It was here, that gold ran like water as one of the most benevolent and the richest kings of South India reigned supreme. Hampi was the seat of the Vijayanagara empire, and it was here that Krishnadevaraya sat in court with his Ashtadiggajas, his eight Telugu poets. Here, odes were composed to the greatness of the Hindu gods, and here, great temples were cut into the precipice of river-locked hills, virtually inaccessible by land. Here, great boulders stand as if on tip-toe, daring gravity to do her worst. Here, an old temple stands, its columns sign the seven notes of music when tapped. A great statue of one of the avatars of Vishnu, the Lion-headed Narasimha, stands watching as visitors flock by the hundreds of thousands every year. A temple, shaped like a lotus, stands amidst dust-shrouded landscapes, which hide more architectural treasures, waiting to be discovered. And here, there stands a temple atop a hillock, where the great Prince Rama is supposed to have wept for his wife after she was kidnapped by the demon Ravana. Hampi is not only one of the most relevant South Indian tourist sites, but it is also purportedly the location where several chapters in the Ramayana unfolded, where Rama met those who would become his greatest allies: the vanaras. Perhaps that is why the monkeys still roam the landscape, as if hiding the secret mankind was once privy to: at Hampi, one will find the silent rocks left behind by Mahmud of Ghazni, rocks which bear no gold, few idols and no untouched temples. Here, there lies a world waiting to be discovered anew with every single visit. And in visiting it, one will find a wonder that can only be understood in the realm of dreams.

Authors:
John M Fritz received a PhD in Anthropology with a specialty in Archaeology from the University of Chicago. He is currently Consulting Scholar at the University of Pennsylvania Museum of Archaeology and Anthropology. Since 1981, he and George Michell have co-directed an extensive documentation of the Hampi Vijayanagara site. With Michell he is author of Hampi: A Story in Stone.

George Michell trained as an architect and obtained a PhD in Indian Archaeology at the school of Oriental and African Studies, University of London. He has carried out research on many historical sites in India including the Deccan, Bengal, Gujarat and the palace city of Vijayanagara in Karnataka. His publications include Architecture of the Islamic World, Royal Palaces of India, Oriental Scenery, Hindu Art and Architecture, Islamic Heritage of the Deccan, Blue Guide to Southern India and Elephanta.

Which are the best books written on Vijayanagara empire? Can anyone suggest pls..

is there any good book about Gyan Gange??