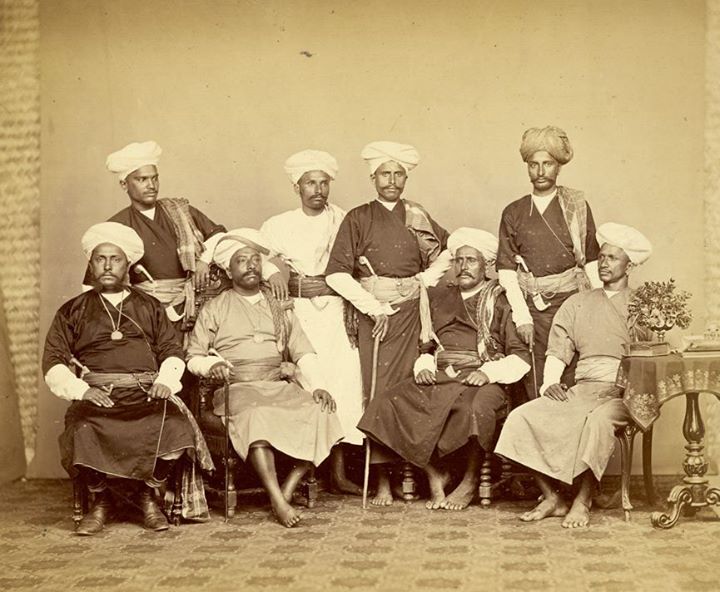 Studio portrait of a group of Coorg priests - 1860

Portrait of eight priests from the Kodagu District, Karnataka in south-west India, taken by Nicholas and Curths in c.1860s. This was one of a series of ethnographical photographs from the Archaeological Survey of India Collections. These were commissioned in the late 19th century by the Government of India in an attempt to gather information about the different racial groups in the sub-continent. Nicolas and Curths took a number of ethnographical photographs in South India.

Maybe...but a great work yet.

Interesting that they all seem to have smallish daggers, given that they are priests.

At this period of time, let us not waste our time discussing the motives for what the brits did. This photo is invaluable capture of that old time when our people were like this.

Wondering why one wears boots but all others are bare-footed?

The quality of shaving blades has not improved through the years me thinks.

Dagger is an insignia of kodava identity .

And they are purported to be priests ???

Maybe that one was richer than the others or was a plain show off!!! ;-)

Maybe regulations state they bare their feet but the one who did not had some verruca or other complaint.