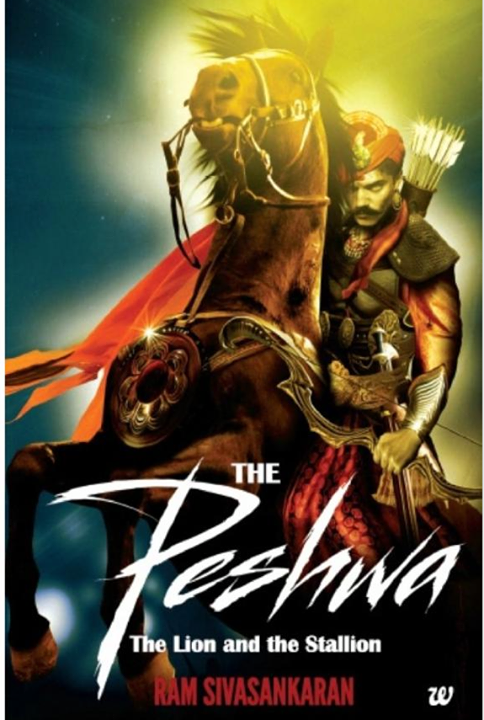 New Book:
The Peshwa: The Lion and the Stallion
By Ram Sivasankaran
Published by Westland - 2015
Fiction

It is the 18th century and despite the dominant Mughal rule, the Maratha Confederacy has established itself as a force to be reckoned with in the Indian Subcontinent. The fragile peace between the two powers is threatened when Balaji Vishvanath Bhat, Peshwa of the Confederacy, foils the plans of Nizam Ul Mulk of the Mughal Empire, and asserts the power of the Marathas. However, little does the Peshwa know that he has dealt the Nizam an unintended wound—one with roots in his mysterious past and one that he would seek to avenge till his last breath.

When the Peshwa surrenders his life to a terminal illness dark clouds gather over the Confederacy as it is threatened by a Mughal invasion as well as an internal rebellion.

All the while a passive spectator, the Peshwa’s son, Bajirao Bhat, now needs to rise beyond the grief of his father’s passing, his scant military and administrative experience, and his intense love for his wife and newborn son to rescue everything he holds dear. Will the young man be able to protect the Confederacy from internal strife and crush the armies of the Empire all while battling inner demons? Will he live up to his title of Peshwa?