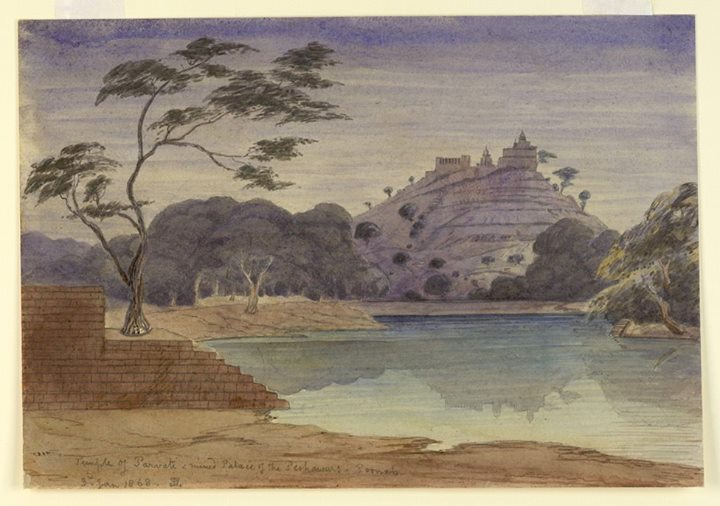 Pune is situated near to the Western Ghats in Maharashtra at the confluence of the Mutha and Mula rivers. It occupies a strategic position on the trade routes between the Deccan and the Arabian Sea and prospered during the early Hindu period. Under the Marathas during the sixteenth century, Pune became the military headquarters and capital of a sovereign state. Its rulers were deposed by the Brahmin Peshwa family who dominated Pune during the eighteenth century until the arrival of the British when it was used as the headquarters of the Government of Bombay and a major military cantonment.

On the top of Parbati Hill is a temple built by Peshwa Balaji Rao in about 1758 which was once the private shrine of the family. Also on the hill as part of the palace complex there is Arab style window from where it is alleged Balaji Rao witnessed the defeat of his army at Kirkee in 1817.

The tranquil pool belies the turbulence of those times

Parvati is a beautiful hill .