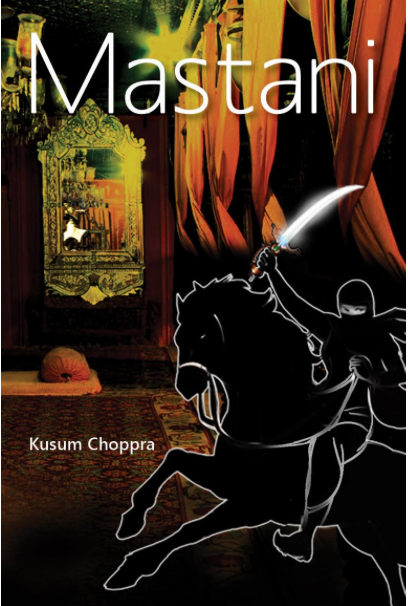 Until recently, history told us very little about who Mastani really was. She has been known only as a ‘dancing girl’ due to lack of evidence about her true place in the Peshwa household. Daughter of Maharaj Chhatrasal of Bundelkhand, Mastani married Peshwa Baji Rao I when he was in power, but her story remained buried almost to the extent of being forgotten. She was a strategist both on and off the battlefield, but this was hidden from view due to the jealousies of women in the zenanas and power hungry relatives in the Peshwa household. What was Mastani's story? Was being a true companion to the Peshwa as well as his most loved wife a threat large enough to omit her from the pages of history? Fascinated for years by the secrecy behind her life and death, author Kusum Choppra unravels the mysteries surrounding the deaths of both Peshwa Baji Rao I and his second wife. The novel explores Mastani's royal lineage and the elegance of a warrior princess caught in the political web of a changing empire.