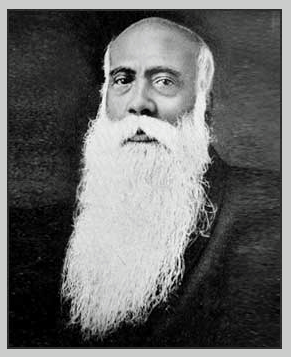 Brajendra Nath Seal, one of the greatest savants of the nineteenth/twentieth century Bengal, set on his philosophical journey following in the footprints of Hegel. However, he discovered the flaws and biases in the Hegelian system of thought quite early. Having imbibed the wisdom of the East and the West, he developed his own philosophy characterized by syncretism, internationalism and interdisciplinarity. He drew the attention of the Western world to the scientific temper of the Indian mind garnering evidence from the ancient Indian philosophical treatises. He was the architect of the subject ‘Indian philosophy’ as we study it today. His philosophy of education and academic administration are still relevant. ( Source: http://bit.ly/1QSiZY3 )

Seal drew close to what is today called postcolonialism. As contrary to colonial discourse, he argued that in any proper comparative-historical analysis, all societies should be seen as being in similar stages in the development of culture. All cultural traditions could be relatively seen as they evolved parallel patterns wherein

“ every code, language, myth or system, has its own history – its own origin, growth and development – a study of which is essential to a proper understanding of its function in society, its place, meaning and worth. ”

As distinct from the Hegelian world view, Seal espoused that the idea of Western civilisation as being the focal point or the culmination of world civilisation was fundamentally erroneous, that failed to take into account the myriad richness and complex mosaic of cultural continuum that manifested themselves in Hindu, Islamic, and Chinese civilisations. Human civilisation, far from being a centripetal order where the West was to be considered as the center around which other (non-Western) cultures revolved was for Seal,

“ a circle of which the center is everywhere and the circumference nowhere [and] each culture was diversely embodied, reflected in specific modes and forms. [But] in spite of the diverse ethnic developments all very real, all very special, there has been a general history of human culture and progress, the unfolding of a single ideal, plan, or pattern, a universal movement...the same general historic plan and in obedience to the same general law of progress. "

Thus, as he saw it (in Comparative Studies in Vaishnavism and Christianity), Vaishnavism and Christianity were two distinct religious traditions, each with its own uniquely rich tradition of historical exegesis that spanned two millennia and could in no way be seen as being phases in the development of (a Eurocentric) human civilisation, as one leading to another in a pattern of cause and effect. Seal's philosophical insights were to be developed by his latter day successor from his college A.C. Bhaktivedanta Swami Prabhupada of the ISKCON movement.
- Wikipedia

Foreword:
The following pages comprise a series of monographs on the Positive Sciences of the Ancient Hindus. In the present state of Indian chronology it is not possible to assign dates to the original sources from which the materials have been drawn. Practically the main body of positive knowledge here presented may be assigned
to the millennium 500 B.C. - 500 A.D. Colebrooke's account of Hindu Algebra, and Hoernle's of Hindu Osteology, have made it unnecessary for me to write separate monographs on these subjects. The former, however, requires to be brought up to date. The progress of Indian Algebra (mainly in Southern India) after Bhaskara, parallel to the developments in China and Japan, is a subject that remains for future investigation.

My direct aim in the present work is to furnish the historians of the special sciences with new material which will serve to widen the scope of their survey. The Hindus no less than the Greeks have shared in the work of constructing scientific concepts and methods
in the investigation of physical phenomena, as well as of building up a body of positive knowledge which has been applied to industrial technique; and Hindu scientific ideas and methodology (e.g. the inductive method or methods of algebraic analysis) have deeply influenced the course of natural philosophy in Asia - in
the East as well as the West - in China and Japan, as well as in the Saracen Empire. A comparative estimate of Greek and Hindu science may now be undertaken with some measure of success - and finality.

These studies in Hindu Positive Science are also intended to serve as a preliminary to my " Studies in Comparative Philosophy." Philosophy in its rise and development is necessarily governed by the body of positive knowledge preceding or accompanying it Hindu Philosophy on its empirical side was dominated by concepts derived from physiology and philology, just as Greek Philosophy was similarly dominated by geometrical concepts and methods. Comparative Philosophy, then, in its criticism and estimate of Hindu thought, must take note of the empirical basis on which
the speculative superstructure was raised.

Yes. For most us too. And yet..."He was the architect of the subject ‘Indian philosophy’ as we study it today."

Thanks, didn't know about him

Vaishnavism does have some aspects in common with Christianity, especially its insistence on following dogma and its distinctly conservative and hierarchial attitude towards human life. And of course the insistence that Krishna is the Supreme God and Vaishnavites are his chosen ones (the rest being ignorant and inferior people who worship other lesser gods and human beings, especially the Shaivites, Shakti worshippers, and Advaitins).

The link drawn with AC Bhaktivedanta is very interesting. Was the wiki page edited by a Vaishnavite?