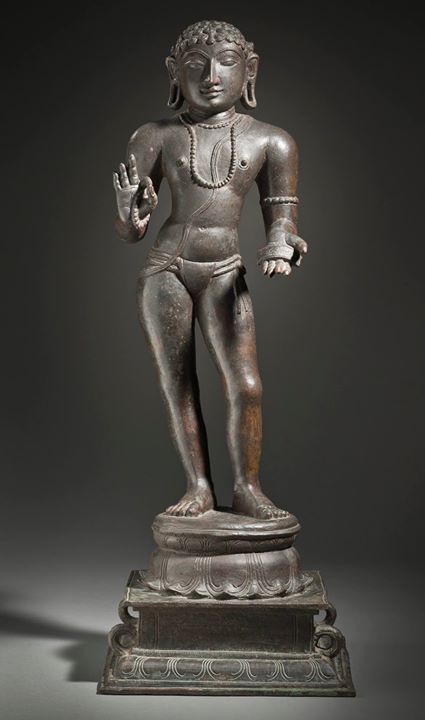 Digital Rare Book:
THE CHRONOLOGY OF THE EARLY TAMILS
Based on the Synchronistic Tables of their Kings, Chieftains and Poets appearing in the Sangam Literature.
By K.N.Sivaraja Pillai
Senior Lecturer in Tamil, University of Madras
Published by University of Madras - 1932

Book Extract :
SINCE the work now presented to the reader rests solely on the strength of the Synchronistic Table accompanying it, I consider it necessary to prefix a few remarks bearing on the undertaking and execution of such a work, remarks for which I have not been able to find a place in the body of the book itself.

The History of the Tamils, their language, and their literature cannot be said to have even started its existence, for the sufficient reason that a correct chronological frame-work to hold together and in right order the many facts enshrined in their ancient Sangam Literature has not yet been got at. Various have been the attempts made till now to utilize the facts gathered from that Literature for edifying narratives, descriptions and exhortations; but a genuine history, none of these, it must be regretfully acknowledged, has boon able to evolve. Lacking the indispensable initial time-frame, the so-called histories of Tamil Literature and the long-winded introductions to the various editions of the Tamil Classical poems remain to this day inane and vapid of real instruction, in spite of their tedious parrot-like repetitions of fictions and facts culled from tradition and the poems themselves. The learned authors of these dissertations have been only trying to make bricks without straw, or rather to raise a structure with only bricks without the connecting mortar of Chronology. This lack of a scientific chronology is, however, due not to any paucity of relevant materials in which the Sangam Literature is apparently rich but to a failure to apply to them the correct mode of manipulation their valuation and arrangement. Taking this view of the matter I nerved myself to the task of testing whether the early poems of the Tamils when subjected to modern methods could be made to yield the secret of their chronology or should be allowed to lie mute, as of yore, or worse still, to mumble out their incoherences, here and there, in the triad of collections to which a late literary but unhistorical systematist has so kindly consigned them. In entering on this new and difficult piece of work I had no reason to be buoyed up by any strong hope of success, so divergent and even conflicting being the views of scholars about the Tamil Sangam and its Literature and so hopelessly disarranged the literary remains. And immediately after I sat down and began preparing the Synchronistic Table a revered scholar, with another friend, one day happened to step into my room and, learning what I was engaged in, lost no time in throwing a plentiful douche of cold water on the scheme, urging that he himself had been engaged more than once in a similar undertaking, but each time had to give it up as a fruitless venture in sheer vexation of spirit. This warning coming from a scholar of his standing and that at the very threshold of my efforts naturally had the effect of very nearly wiping out even the little hope I had behind the back of my mind. Still realising the traditional overpartiality of some of our scholars for traditions as a class I persuaded myself that the scholar referred to must have weighted his barque with a little too much of unnecessary traditional lumber to have thus sent it to the bottom before reaching its destination. A ray of hope thus gleamed through this idea and accordingly I persisted in my work and went on verifying the various literary references and jot ling down the names for the projected Table. If past failures are but stepping-stones to future success, I thought that this particular scholar's discomfiture should put me doubly on my guard against the intrusion of legendary matter and unverified traditions amongst the facts of the Table and so vitiating their positive testimony. I resolved also to keep clear before my mind the distinction between facts and our interpretation of facts, between objective data and subjective constructions. Despite all these resolves, however, I should confess that my first Table, true to the forewarning I had already received, turned out badly; nor could the second fare any better, though much superior to its predecessor in its close-jointed character and freedom from extraneous and irrelevant matter. The Table herewith presented is the result of my third attempt and I trust that the sacrifice of two of its fellows has added strength to it. Unlike its predecessors this Table has stood all the criticism i have been able to bring to bear upon it and hence on this frame I proceeded to distribute the various facts and events of Early Tamil Literature and weave a connected narrative for the period covered by it. Now that the Table and its interpretation are placed before Tamil Scholars, old and new, it is for them to pronounce whether these lay the foundation-stone for a real 'Beginning of South Indian History' based on the earliest literary documents available in Tamil, or, these too should go the way of the previous attempts in the field.

That the author is a product of his times is evident by reading just the first chapter. Attempting to write a history of the people where you force a division between "Aryan" and "Dravidian", and being shackled to that ideology, trivialize and reject evidence that is contrary to that world-view, cannot be a recipe for success. The author sets out to examine the literary record to establish a chronology. Nevertheless, the book is valuable in being a record of scholarly currents of the period, and a compilation of king lists. Of about 100,000 records possessed by ASI, more than 60,000 epigraphic records exist for southern India, mostly from Tamil Nadu. The earliest evidence dates to about 300BCE. Arikamedu (near Puducherry), the archaeological site excavated after this book was published shows its heyday around 300BCE. Megalitihic sites found by the hundreds in the south date back to the second millenium BCE, indicating complex social groups of people, whose history is practically unknown. Tagging scholar Vedveer Arya.

date of this Nayanmar, please?

It is absolutely a fallacious approach to present the history of India with the division between Aryan and Dravidian. The word Dravida was always a geographical term and the word Arya was used to refer to the learned and influential people of society. As far as the history of Tamilnadu is concerned, it was always integrated with the history of rest of India. 1. According to Chola inscriptions, Chola, the progenitor of dynasty was born in Ikshvaku dynasty. He was born after few generations from Rama. Later, Karikala re-established Chola dynasty. 2. According to Sangam literature, total three Sangams were patronised by 89, 59 and 49 Pandyan Kings respectively. Rishi Agastya started the first Sangam. Thus, Agastya was the progenitor of Pandyan Kings. During the period of Mauryas (1500 BCE not 300 BCE), Only Brahmi script was used in entire India. Kharoshthi script was used in Modern North-western Pakistan areas. In fact, Kharoshthi was the mother of Aramic. Tamil Brahmi evolved from the Brahmi script. All Indian scripts including Tamil script evolved from Brahmi. As far as the archaic Telugu-Kannada and Tamil language is concerned, they might have born independently but heavily influenced by Sanskrit. Thus, it is incorrect to differentiate between the ancestors of North India and the ancestors of South India. Even such thing ever existed, it would have been during pre-historic period (Prior to Holocene).

Rare Book Society of India i'd agree with all of the points presented by Vedveer, except for the one on language - unlike ancient Kannada and Ancient Telugu, Ancient Tamil was not that influenced by Sanskrit; in fact, ancient Kannada and Telugu were also heavily influenced by Tamil. also, it is to be noted that: 1. the word Tamil is directly related to the word Dravida (which is present in Vedas). 2. Sanskrit too got influenced by Tamil, although most probably to a less degree 3. if hindu scriptures are to be believed, there's no such thing as aryan invasion (contrary to what sympathizers of the dravidian movement in tamil nadu would love to believe).

Some of the points raised by Vedveer also draw partially from oral histories and religious histories which do not stand the test of rational enquiry. Particularly, the fact that Agastya was the progenitor of the Pandyan kings is mythological at best. Chola kings descending from the Iksvaku race is similarly mythological. A rational approach to history has to take into consideration scientific methods of validating truth. Also, some of these hagiographical accounts have failed the test of corroboration when compared to the social history of the times.

The Chola kings claim themselves to be the descendants of Surya Vamsa and Rama in the copper plate inscriptions and Rama. Chola was born in the dynasty of Rama. Sangam literature mentions that Agastya started the first sangam. Therefore, my statements are completely based on epigraphic and literary evidence. Archaeological evidence suggests that the Brahmi script was the oldest script used in ancient Tamil regions. I have just mentioned the facts. Rejection of facts without giving the evidence cannot qualify to be "Rational approach".

Sorry Vedveer. You are not able to distinguish hagiography in written form from literary evidence. I don't want to argue with you. You are entitled to your opinion. Also, this is a FB post, not a journal article. It doesn't deserve any point to point rebuttal. Apparently you seem to know more about the culture I represent than I do :D

I am also from south India. We all belong to one composite culture evolved from the wisdom of South, North, West and East India.