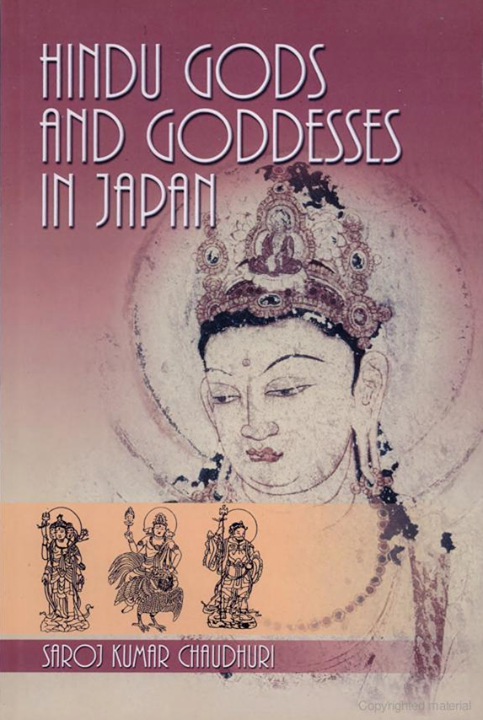 Buddhism introduced many Hindu Gods and Goddesses to the Japanese. The rulers were the first to be attracted to them. Historical records show that they earnestly believed in the miracles of these divinities promised in the sutras. Many miracle stories started appearing in popular literature as the divinities percolated down to the masses. The resulting naturalisation process in the case of some divinities went to the extent that they became an integral part of the native Shinto pantheon. Their popularity remains unabated even today. The Tantric Buddhist sects also played a vital role in propagating the divinities. They regularly worshipped the divinities in their temples where people thronged in large numbers. Many steps in these ceremonies, for instance, the homa ritual, are very familiar to the present-day Hindus. The monks have also produced a considerable volume of religious literature related to these divinities. Descriptions of many divinities show that they have not changed substantially over centuries. A study of these writings also shows that a large volume of Hindu myths and legends related to these deities were transmitted to Japan. These writings are also a testimony to the way the ancestors of the present-day Hindus thought about these deities, say, around the eighth or ninth century of the Christian era.

I read it/a similar book in 1997/98. I distinctly remember buying such a book and giving it as a gift to my parents' guru, who was then the principal of Dhaka Ramakrishna Math. Yama and Saraswati, with the latter going by the Japanese name Benzaiten, are still very popular in Japan. Hardly anyone in India today remembers that Japanese alphabet was greatly influenced by the Siddham script, which Tantric monk Kukai had learnt and mastered during his stay in China and later implemented in Japan. A figure no less illustrious than Swami Vivekananda was surprised to see the ubiquitous use of Sanskrit and, at times, even pure Bengali terminologies in Japanese temples. :)

With a Buddhist image of Avalokitesvara from Horyuji on the cover???

i read a book on this subject in Bengali Written by dr.Dwijendranath bakshi