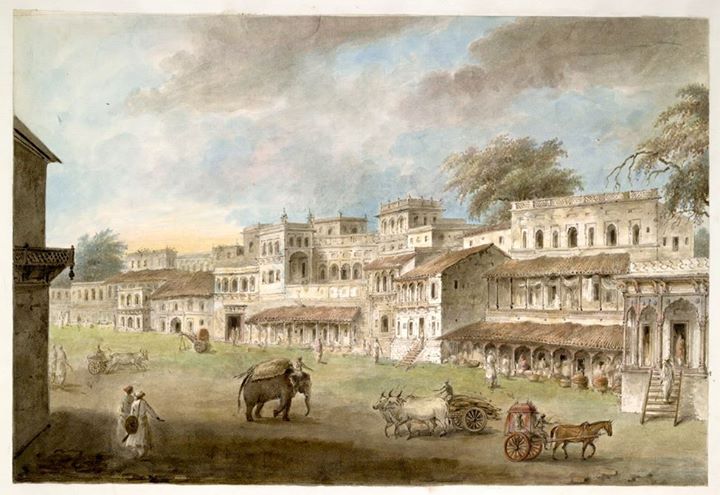 Watercolour of street scene in Patna from 'Views by Seeta Ram from Patna to Benares Vol. II' produced for Lord Moira, afterwards the Marquess of Hastings, by Sita Ram between 1814-15. Marquess of Hastings, the Governor-General of Bengal and the Commander-in-Chief (r. 1813-23), was accompanied by artist Sita Ram (flourished c.1810-22) to illustrate his journey from Calcutta to Delhi between 1814-15.

Patna, located in Bihar along the southern bank of the Ganges river, was controlled by the British after the Battle of Buxar in 1764. The Chauk, the city's main street, a wide thoroughfare offered a beautiful view of the shops, temples and mosques. This view shows one side of the Chauk, with an elephant and carriage in the front. Inscribed below: 'Great Choke at Patna.'

Looks better than what it is today. ..

Our cities were so beautiful. Pity we've destroyed them, and continue to do so.

Our cities were so beautiful. Pity we've destroyed them, and continue to do so.

This is so beautiful. Much more cleaner than the present.

This is the real Patna and what a beauty the city has.. !

Any painting in Ghazipur ..is between Patna and Banaras.