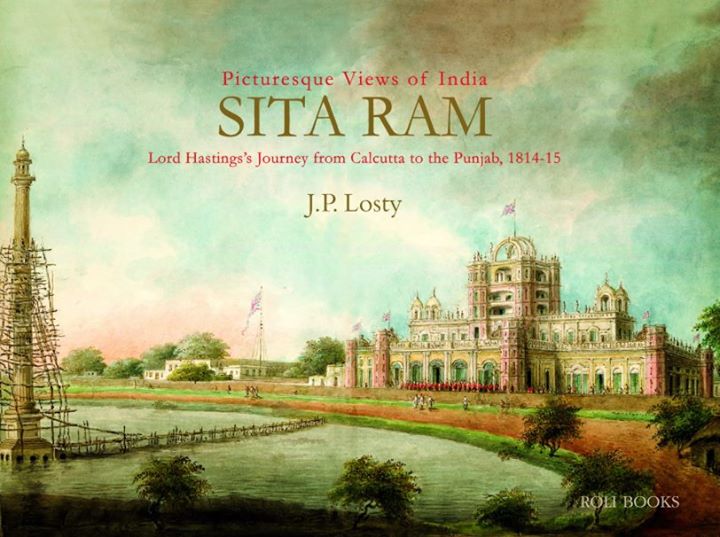 Lord Hastings’s journal of his travel from Calcutta to the Punjab in 1814-1815, accompanied by watercolour illustrations by Sita Ram, records the events and views of this journey in more than 200 large paintings. Though Sita Ram’s picturesque paintings were a sharp departure from the accurate ‘Company’ views of Indian monuments, they nonetheless revealed his eye for architectural detail.

Taking the readers along as part of Lord Hastings’s party, J.P. Losty brings alive the 17-month long expedition in a flotilla of 220 boats from Barrackpore past Patna, Benares, Allahabad, and Cawnpore, and then overland to Lucknow, Delhi, and the Punjab, through Sita Ram’s never before published paintings of Colonial India.

About the Author:
J.P. Losty was formerly Curator-in-charge of the extensive Indian visual collections in the British Library in London. He has published many books and papers on various aspects of the painting of India from the twelfth to the nineteenth centuries. His major books include The Art of the Book in India (1982), Calcutta City of Palaces (1990), The Ramayana (2008), Delhi from Red Fort to Raisina (2011), which is on Delhi’s journey from Shahajahanabad to New Delhi, and co-authored Mughal India: Art, Culture and Empire (2012).

I want this book

You can Pre-order this book: http://amzn.to/1LtTfua

what is the price?