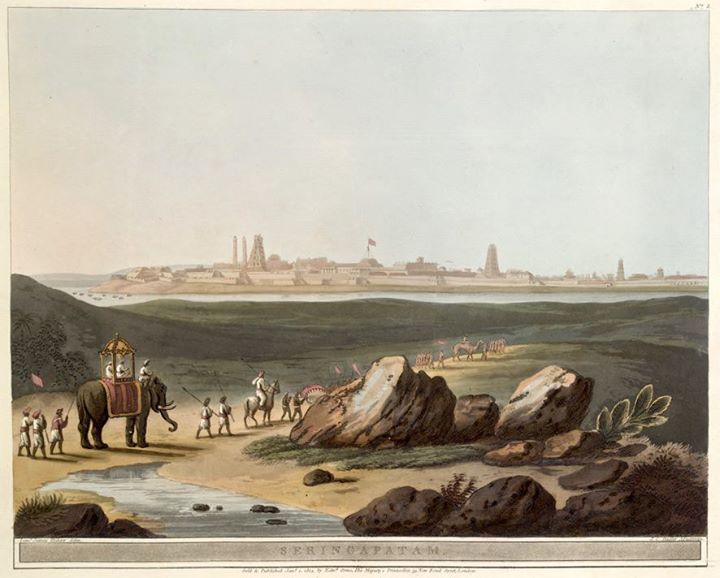 Image:
Plate two from 'Picturesque Scenery in the Kingdom of Mysore', based on a picture by James Hunter. The ancient fortress city of Seringapatam (now called Srirangapatna or Srirangapatnam) was the capital for the Muslim Rajas of Mysore, Haidar Ali (c.1722 - 1782) and his eldest son, Tipu Sultan (1753 -1799). It was located on an island in the Cauvery (Kaveri) River approximately 9 miles from Mysore and 75 miles from Bangalore. The name is derived from the ancient Hindu temple of Sri Ranganatha Swami which is located at the western end of the island. The city became the site of two of the most famous sieges of the Anglo-Mysore Wars (in 1792 and 1799).

The storming of Seringapatam: death of Tippoo Sahib

Probably this is the sketch of British forces entering through Water Gate, not through the fortwalls.