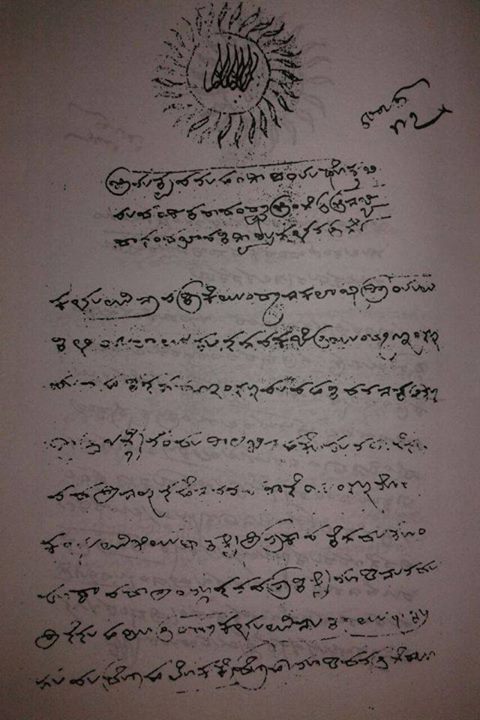 Essay:
The Goddess and a Sultan: Hindu Coinage of Tipu Sultan
Published in The Seringapatam Times

Tipu was also a master at propaganda. Along with attempting to help the Math recover, Tipu wished to emulate the example of Karnataka’s greatest ruler, Sri Krishnadevaraya who initiated the custom of custom coinage with deities on them as presentation to important temples. He around 1514-1515 A.D. issued a heavy gold coin in honour of Lord Venkatesvara, presiding deity of Tirupati. The obverse of the coin has Sri Venkatesvara standing on a lotus wearing a tall kirita (crown) and holding in his 4 arms the icons attributed to him. The reverse has his name in Nagari characters. The coin was regarded to have been specially minted after the Vijaynagara victory over the Gajapatis of Orissa and to facilitate Sri Krishnadevaraya to perform ‘kanakabhisheka’ to the deity at Tirupati after his victory. Tipu like his father Haidar Ali and most other rulers who followed the almost legendary Kings of Vijaynagara, tried to emulate them in practice and even iconography. Being the Muslim ruler of a predomiant Hindu kingdom, it was imperative for Tipu to constantly reinforce his image in the eyes of his Hindu subjects that he was no usurper but an upholder of the princely tradition all the way back from Vijaynagara.

There are detractors of Tipu’s relationship with Shringeri who suggest that Tipu only began devotion to the Math after suffering reverses during the course of the 3rd Anglo Mysore war. This is factually wrong because as I have shown Tipu-Shringeri correspondence began well before the sack happened. Besides, as the contents of Tipu’s letter shows us it was the Jagadguru Swamiji himself who requested the Sultan of Mysore for help. Logic also dictates that the Swamiji would not have done so unless he was confident that the Sultan would not refuse to help.

For a very long time it was also believed that Tipu discarded his father Haidar Ali’s tradition of coining currency with Hindu deities on them. The British numismatist W. Elliot writing about the Elephant motif on Tipu’s copper coins again a continuation of the elephant on Ganga and Vijaynagara coinage says ‘Even Tipu, notwithstanding his love of innovation and contempt of everything Hindu, continued to use it on his copper coins’ . How wrong Elliot was.

And yes, the letter from Tipu is in Kannada, not Farsi. Though Tipu introduced Farsi as the administrative language of the court at Seringapatam, all documents at the Talukas and ‘Grama’ levels continued to be maintained predominantly in Kannada. Communication coming to Seringapatam in Kannada, Marathi, Telugu, Tamil and even Malayalam would be translated into Farsi and recorded before the court. The letter shown in this article is written in the Modi Kannada script. This script was Kannada written in a free flowing style without any breaks or full stops. It was commonly used to keep accounts and to communicate in letters.

As a post script it will only be just on my part to mention that though the sack of Shringeri is almost always termed as the ‘Maratha sack of Shringeri ‘, there is no way possible that anyone in the Maratha hierarchy had ordered or even wished that the temple town of Shringeri should be put to fire and sword and given to plunder. Just 30 years ago the flower of the Maratha nation had perished fighting with the Afghans at Panipat in 1761 for the sake of upholding Hindu Dharma and for the sake of their motherland – Bharatha, represented by the Mughal Emperor in Delhi whom they had propped to the throne. Maratha armies were always accompanied by a class of men the British called ‘looties’ and ‘pindaris’ later, who were actually nomadic tribes and mercenary soldiers of fortune whose task was to sell goods to soldiers along the campaign, harass stragglers in the enemy camp and implement a scorched earth policy of burning crops, stealing livestock, plundering civilians once they entered the enemy’s lands. They would not be paid by the government and had to eke out a living off this plunder.

It was this group who put the Maratha name to shame that day at Shringeri. While it is true that Parshuram Bhau and Tipu had personal grudges against each other, often fuelled by Tipu’s maltreatment of the Maratha chief’s along with their families whom he displaced in his territory, many among whom were blood relatives of the Bhau. That being said it was expected that Parshuram Bhau, being the General of the Maratha army should have kept the ‘looties’ in check and not allowed them to run riot at Shringeri. In the same way Tipu is also to be held responsible for the often reprehensible conduct of his armies across Malabar and Coorg where even larger incidents of temple vandalism, loot and rapine were seen in the Mysorean campaigns of 1785-1792. If this letter to the Shringeri Jagadguru has Tipu talking about restoring a damaged temple, another letter from him to a Muslim divine in the Kirkpatrick papers has him passing orders for a temple to be pulled down as it was standing in front of a Dargah! History is not always tinted black or white. It is usually in shades of gray. It is for us students of history to put all the sides in an impartial perspective and draw conclusions if one can.

Peshwa Madhav Narayan Rao conducted an enquiry and ordered Parshuram Bhau to give compensation out of his personal finances and return the looted articles to the Math. Documents from the Maratha court archives have shown that the Bhau gave a positive reply to this and was sincerely apologetic for the incident.

Another idol of Sri Sharada was consecrated at Shringeri and the Jagadguru sent ‘prasada’ and fruit to the court at Seringapatam further to this. Tipu and the Jagadguru continued to share a very cordial relationship that lasted till the death of Tipu at last battle of Seringapatam in 1799. We know from his letter to Shringeri in 1795 that he depended upon 3 sources of strength – God’s grace, Jagadguru’s blessings and the prowess of his arms.

Image:
Letter Aug 5, 1791 from Tipu Sultan to the Shringeri Jagadguru – Obverse. Tipu’s insignia – blazing Sun with Tiger stripe rays and ‘Bismillah’ calligraphy inside is seen at the top.

This is biased and not authentic history

Can we have a translation of this letter?