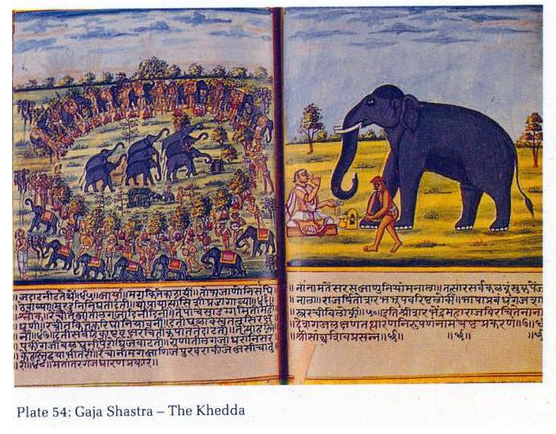 Article:
Leafing through the past
By Suganthy Krishnamachari
The Hindu

Maintaining a library and preserving books are not easy tasks. Dr. Perumal of the Saraswathi Mahal Library, Thanjavur, explains.

"If you see a silver fish on a wall, you can be sure there is fungus. The silver fish is our scientific monitor of conditions."

Those who have their own little libraries at home know how difficult it is to maintain books, and how heart rending it is when books are attacked by book lice. And if it's tough to take care of a few hundred books, imagine what it would be like if one were responsible for the welfare of 49,000 manuscripts and 65,000 books. That's the responsibility which rests on the shoulders of Dr. Perumal, Conservator and Librarian of the Saraswathi Mahal Library in Thanjavur. With a Bachelor's degree in Physics and a Masters in Library Science, Perumal joined the library in 1980, and was trained for six months at the National Research Laboratory for Conservation of Cultural Property, in Lucknow. He later studied paper and book conservation techniques at Kyoto and Tokyo museums, the Victoria and Albert Museum, London, and 15 libraries in the U.K., including those at Cambridge and Oxford Universities.

"To keep book lice and insects at bay, fungus formation has to be prevented. Four factors have to be controlled, to prevent fungus formation - dust, light, heat and humidity," Perumal says. "If you see a silver fish on a wall, you can be sure there is fungus there. The silver fish is our scientific monitor of conditions."

Ancient tratise on catching wild Elephant thru -'Khedda'- stockade trap for the capture used in India. The elephants were driven into the stockade by skilled mahouts mounted on domesticated elephants

Very interesting... THanks for the info

U r a historian

Can we get some information regarding Tippu Sutan