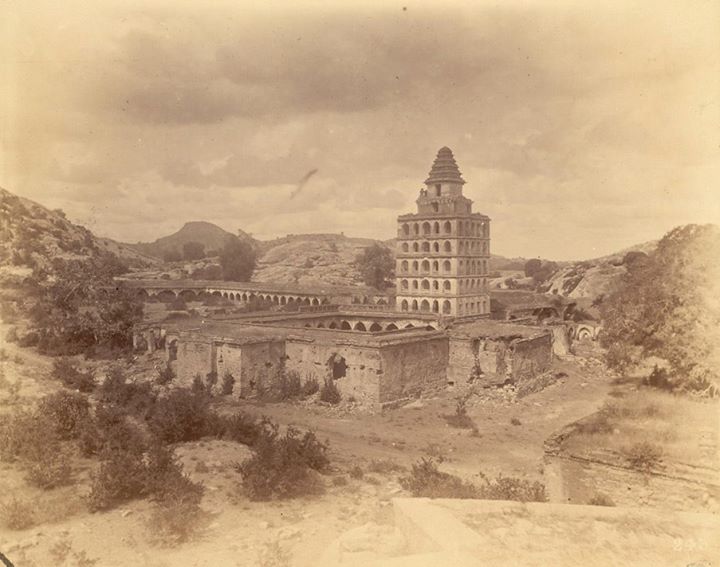 Digital Rare Book :
History of Gingee and its Rulers
By C. S. Srinivasachari
Published by The Annamalai Univesity, Madras - 1943

Image:
Photograph of the Kalyana Mahal at Gingee in Tamil Nadu from the 'Archaeological Survey of India Collections: Madras, 1894-95'. Gingee is situated south-west of Madras and was established during the Chola dynasty. The fort at Gingee has been occupied by the Vijayanagara kings, the Nayakas, the Adil Shahi dynasty, the Marathas, the French and the British. It consists of three fortified hills; Krishnagiri, Chandragiri and Rajagiri. The citadel stands on the summit of the central Rajagiri Hill and it is protected by seven gateways. The Kalyana Mahal is located at the base of this hill and dates from the Nayaka period at Gingee from the late 16th to mid 17th centuries. This view looks north-west. The most dominant feature of the royal complex is the five-storeyed tower. The tower has arcades on four sides and a small chamber with a steeply pyramidal roof at the top.