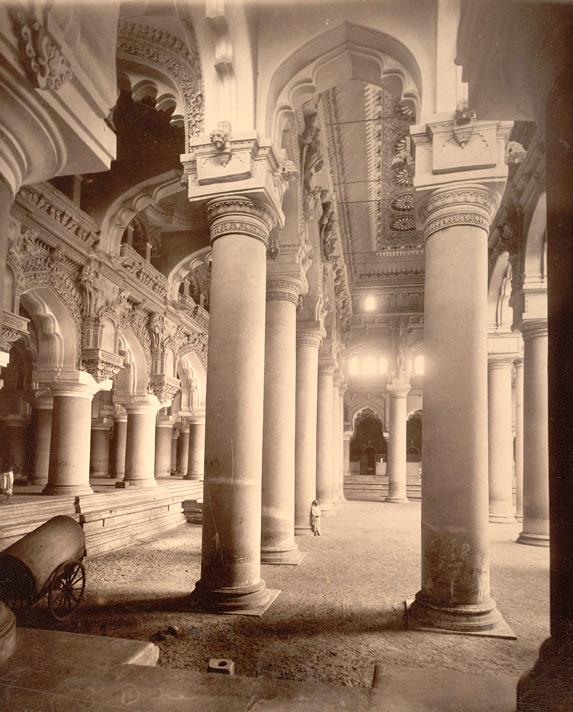 Photograph from the Elgin Collection: 'Autumn Tour 1895. Vol II' of the Tirumala Nayaka Palace at Madurai, taken by Nicholas and Company in the 1890s.

The Tirumalai Nayaka Palace was built in 1636 by the most illustrious of the Nayak rulers, Tirumala (1623-55) but dismantled between 1662 and 1682 by Tirumala’s grandson in the transfer of the capital to Trichinopoly. The surviving remains convey the grandeur of the Nayaka. The building was partially restored in the 19th century by Lord Napier, governor of Madras. The palace, with some Islamic influences, was built around a large courtyard surrounded by massive circular pillars. The columns are over 12.2 metres (40 feet) high, enriched with foliated brick arches and finely chased chunam.