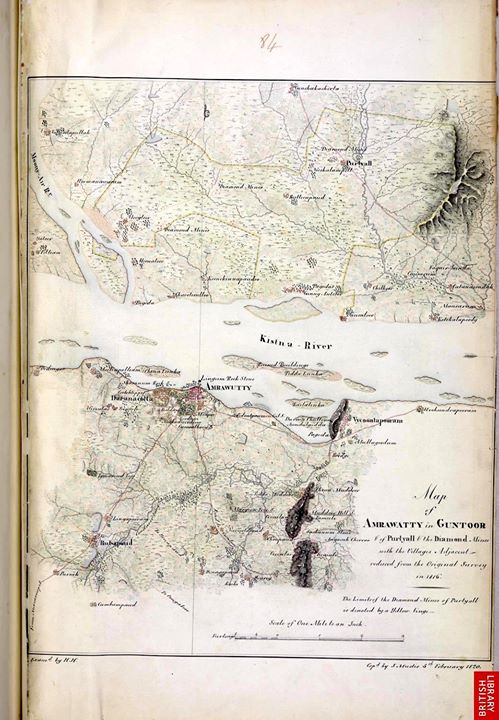 Inch to mile map of Amaravati and the surrounding countryside in 1816.

Amravati features in the famous chapter 1 frame-story of the Panchatantra ( Mitra bheda or Loss of Friends). The rich merchant who sets out on his ox-chariot to explore the world, starts from his home of Amravati to the fabled town of Mathura. The ox is left behind in the forest, when it breaks a leg. The friendship of the ox, the 2 foxes ( Kartaka & Damnaka in sanskrit but more popular as Kalilah & Dimnah in the Arab/ Persian speaking world) & the lion, & their subsequent fall out, makes the first story. The lion tricked into attacking his friend, the bull by the 2 foxes, is a popular sculpture of ancient times, still visible in India, SE Asia, Iran & the Arab world. Amravati also features in a Jataka story where the Boddhisattva is born in Amravati as a brahmin boy named Sumedha.

Is this the site for capital of Andhra Pradesh?