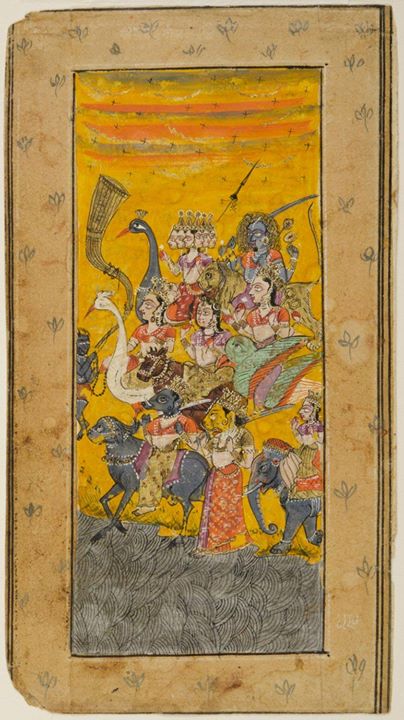 This page is an illustration from a copy of the Devimahatmya, the most important text related to the worship of the Great Goddess Durga. This painting depicts the Ashthamatrakas, eight “mother” goddesses who are more martial than maternal. They are emanations of Durga; each displays the characteristics of one of the male gods from whom Durga herself was created (with the exception of Kali, who is Durga’s own fierce energy).