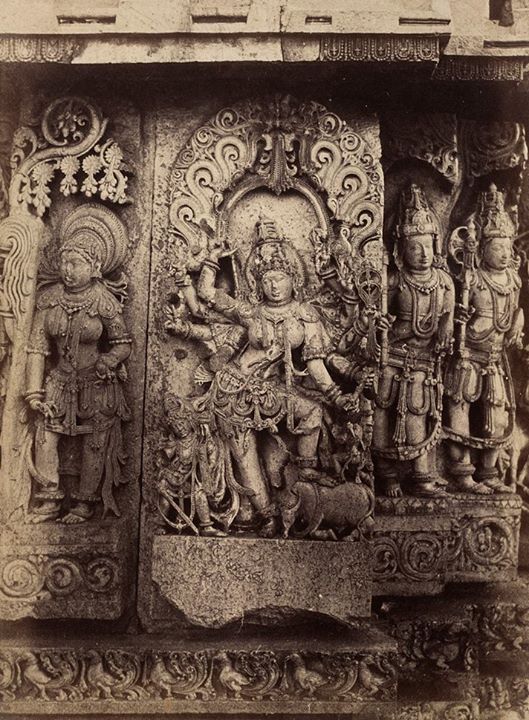 An albumen print by Richard Banner Oakeley of the mother-goddess Durga (a form of Shakti) at Halebid in Karnataka. The most important monument at the temple site of Halebid, formerly the capital of the Hoysalas of the Deccan, is the Hoysaleswara temple, dedicated to Shiva, which dates from the mid-twelfth century. Hoysalan sculpture is known for its plasticity and vibrance of form which this figure decorating the temple demonstrates.