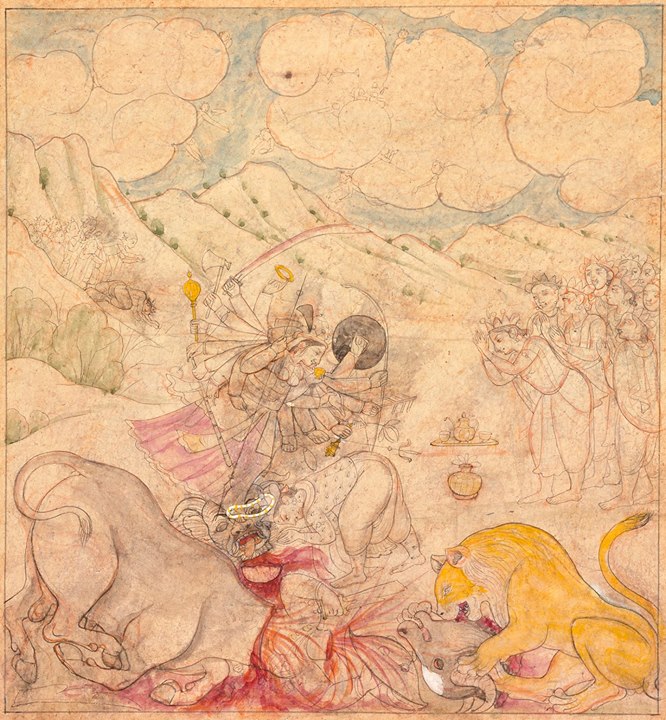 I may venture to add, this school of Art at Guler, Himachal has its origin from Kashmir . Pandit Nain Sukh and his brother were famous artists of Guler and were employed by the then King of Guler / Kangra. Nain Sukh was part of the 1200 families who had migrated from Kashmir to escape from the cruel treatment and persecution on the hands of Aurangzeb regime.These families had some good Artists who settled at Basholi ( near Jammu ) and some crossed the mountains of Himachal to reach Guler. Famous Cricketer Suresh Raina is said to be from same lineage.

Seu raina,Nainsukh, maanaku, chaitu, suadagar and many many more..... Razdan saab, you really reminded of a heritage which is living today through honourable Satpal Raina ji. May God bless this art tradition which united all of western himalayas from kashmir to uttarakhand.

Sandeep Badoni Ji, thanks for your response, in fact Seo Raina was Shiv Raina and dialect has made it so.These families also settled at Basholi, Jammu and established a similar school of art which now is called " Basholi Art '.I remember that during our childhood in Kashmir, on the occasion of new year of Hindu calendar, our Kul-Purohits used to give us hand made greetings with images of different Gods and Goddesses which were similar in art and colour. Thanks dear.