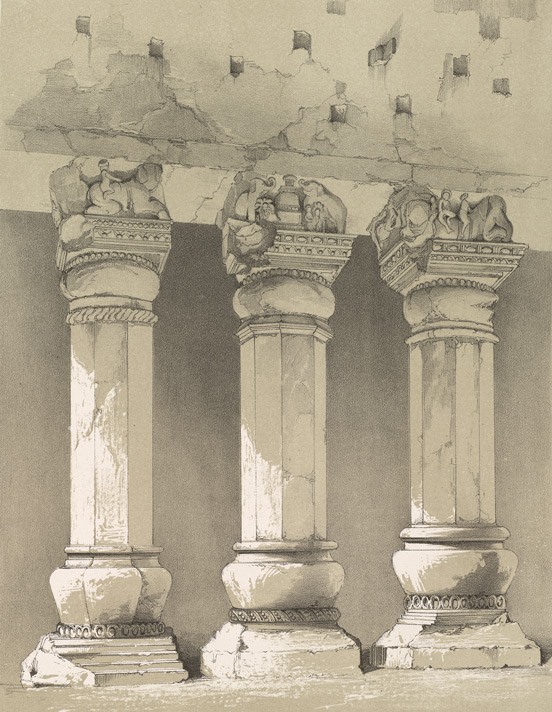 This is plate 14 from James Fergusson's 'Illustrations of the Rock Cut Temples of India'. The Buddhist caves of Kanheri lie in forested hills north of Bombay. There are about 120 rock-cut caves on the site.

This colonnaded chaitya (prayer hall) dates from around the second century AD. Fronted by a courtyard, its entrance was marked with an outer screen and two large pillars crowned by lions and celestial beings. The structure of the cave resembles the chaitya at Karli, though it not as grand. The 34 pillars of have octagonal shafts, pot-like bases and bell capitals, which are surmounted by animal riders. These too are similar to those at Karli but less finely executed. In this spirit, Fergusson dismissed the pillars as "merely a bad copy".