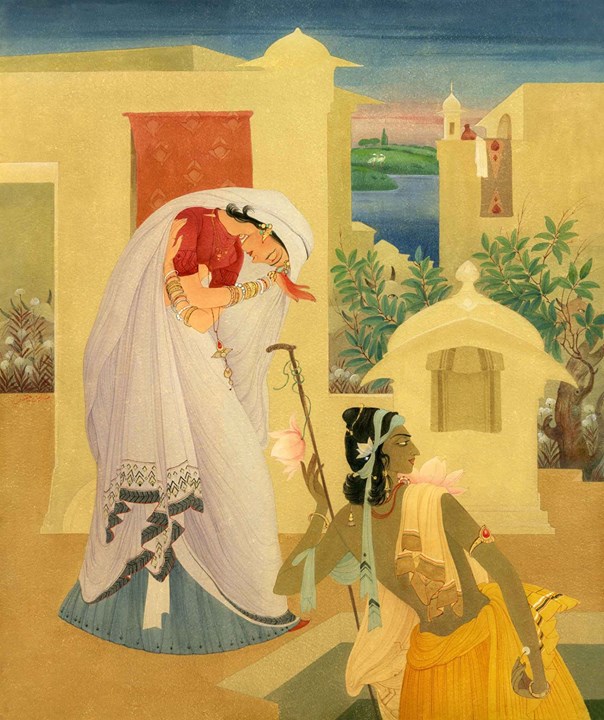 "He depicted gods and courtesans with equal affection."

Is he really a descendant of Ahmed Mimar Lahori?

Anagha. See if you find this interesting. :)

So enriching in providing treasures value. Really delightdelighted by these information

chugtai is one of the finest artist from the subcontinent

Chughtai's best known works are the series done for Omar Khayyam's Rubaiyat, first published from Lahore, with outstanding lithography. Some of the original art works can be seen in Delhi's NGMA, some in Kolkata museum & some in Mysore museum. But the first edition Omar Khayyam is very scarce & expensive now. T.P. Issar's Ghalib book also re-printed Chughtai's Rubaiyat & other art but in glossy print. That edition is still available on Amazon/ Flipkart. Here - a peep into some more of Chughtai master-works, digitized on FB ( https://www.facebook.com/nadir.mackwani/media_set?set=a.278070635686976.1073741919.100004521251926&type=3 )