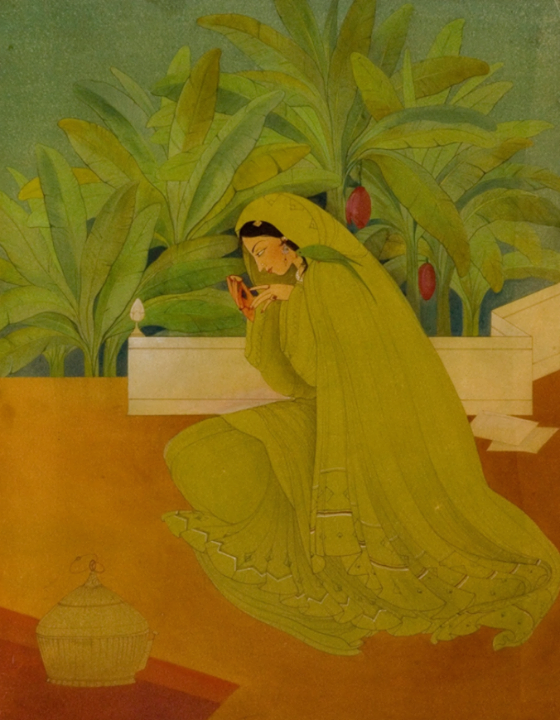 I looked at this and the first thing I thought was...she's checking her fb. :P

I am a great fan of Chugtai's work

Mohammed Chughtai's paintings gives you soothing effect due to choose of beautiful colour combinations and shades !!

Beautiful art with pastel shades...very appealing! India and Pakistan...it is a mingled culture! The artist did not discriminate on basis of religion....all were one and one were all...before partition!

Now I get your point!

Brilliant fusion of tradition & modernity reminiscent of the 19th Bengal School Movement started by Abanindranath Tagore who was inspired by Indologist like E.B. Havell Principal of the Calcutta Art College. The Bengal School was inspired by India's rich artistic heritage instead of looking to the West for inspiration. This beautiful ptg of Chugtai is an example of that. Partition of India by the British was one of histories biggest tragedy since both India & Pakistan share a common heritage.