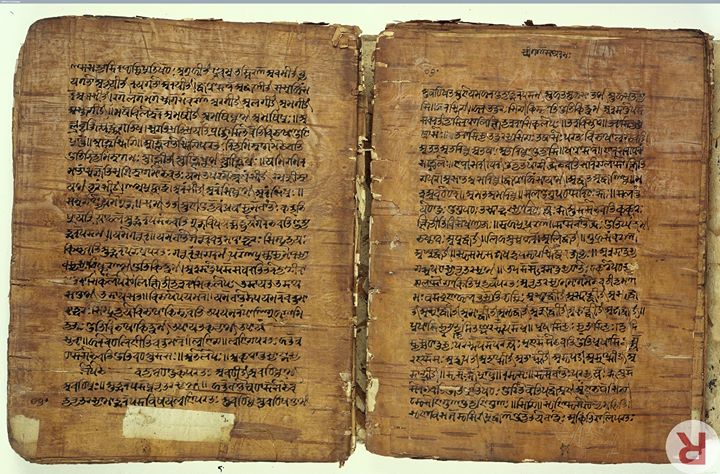 Essay:
Relevance of Sanskrit in Contemporary Society
By B Mahadevan
Professor at the Indian Institute of Management Bangalore in 2003

..."The first and the most important and dominant theme, in the last two to three years is that if you talk anything about Sanskrit, then it is immediately branded as the saffron agenda – saffronising the society, or that you are communalising the society – probably there is a political spectrum to that. You know, there is one dominant group, which talks about it – I suspect that the general public does not talk about it. So if you put that group into the discussion, sooner than later, you will see that that is one stream of thought and a possible direction that the discussion will go into.

There is a second dimension, which I have seen...which is again found in the political mainstream, but I also see it amongst the professionals – there the discussion sways towards concluding that anything that we talk about Sanskrit, or anything that we talk about 2000 plus years there is a level of discomfort. When we make a reference to that, it is perceived as a general and sustained attempt towards mere glorification of the past – an unqualified glorification of the past. That is another prominent argument that I have seen in recent times.What is interesting is that people who make such observations and hold on to these kinds of arguments, more often than not, do not even know what Sanskrit is about and what it contains and what it does not contain. And as many of us do, they rely on secondary sources and so they even take decisions on the basis of secondary sources. That is the second perspective on what Sanskrit is all about.

There is a third perspective, which is...I put it as broadly in the domain of religion. You know, if you look at religion as business, used by the merchants of religion, for them obviously Sanskrit could be viewed as a means for propagating the religion. The question is can Sanskrit be a vehicle for propogating all religions? Unfortunately, it does not appear to be so. Whether you like it or not, it appears that there is a great deal of Hindu colour to anything that has been done using Sanskrit as the vehicle...whether you like it or not, that is what it is. So the merchants of religion look at Sanskrit as a major threat. and may have vested interest in not allowing Sanskrit to regain its lost glory. So that is one perspective, which I have come across."

Image:
Birch bark manuscript from Kashmir of the Rupavatra, a grammatical textbook based on the Sanskrit grammar of Panini. It was compossed by Dharmakirti, a Buddhist monk from Ceylon. The manuscript was transcribed in 1663.

Sanskrit is full pot of knowledge

it is full of important developmental knlodge

Those who will not give Sanskrit its proper place/importance in the history of that region (Indian sub-continent) are like ostriches with their head hidden in the sand.

Present generation do not bother for their mother tongue, why should they bother for Sanskrit, a language mostly forgotten!

The illustrated manuscript shown here is in Sharda script and on the right hand top, it is written " Shri Gansha Namah '.There is another element of history behind as to how the document could have been found in Sri Lanka. ManyKashmiri Buddhist scholars went to Sri Lanka to spread Buddhism there.

They are to be made to bother. Go through this whole lecture of prof. B. Mahadevan, if if you don't understand the Sanskrit shlokas, you will get an idea of the originality of all great knowledge in ancient India.

I wonder why even during Modi's Government ,we are not promoting Sanskrit ?