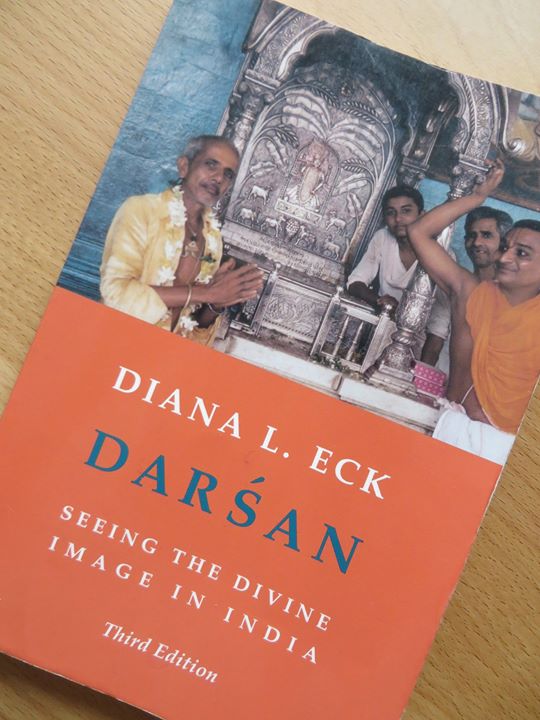 Book summary:
The experience of the divine in India merges the three components of sight, performance and sound. This book is about the power and importance of "seeing" in the Hindu religious tradition. In the Hindu view, not only must the gods keep their eyes open, but so must we, in order to make contact with them, to reap their blessings and to know their secrets. When hindus go to temple, their eyes meet the powerful, eternal gaze of the eyes of God. It is called Darsan, "Seeing" the divine image and it is the single most common and significant element of Hindu worship. This book explores what darsan means. This is also a book about the divine image in the hindu tradition. What do Hindus see in the images of the gods? What is meant by these multi-armed gods, with their various weapons, emblems and animals? How are these images made and consecreted? How are they treated in a ritual context? In exploring the nature of the divine image, this book not only considers the images of the gods, but also the hindu temple and the hindu place of pilgrimage.

A reader's review:
Diana Eck is one of the West's greatest writers on Hinduism. In this little book, Darsan..Seeing the Divine Image in India, she captures the essence of Hindu devotion. She is not an apologist; rather, she sees Hindu religious practice just as a Hindu would, perhaps with an even more enlightened understanding. There is a great deal of information that most Hindus would not be aware of. Bringing God into an image for worship is anathema to western cultures and religions. Yet it has been part of Hinduism and Paganism for thousands of years. Diana Eck reveals the nature of image worship, from the selection and consecration of the image, to the actual practice of Hindu devotion. Image worship is part of daily life for hundreds of millions of people today. I cannot think of a better book than this one to help develop a compassionate and enlightened understanding of the practice.

A college in the US teaches this book under the study abroad program known as DHARMA: Life, Religion, Music and Literature in Contemporary India Here is the link to the college program details and you will find the name of the book in the Prerequisites section- https://augie.studioabroad.com/index.cfm?FuseAction=Programs.ViewProgram&Program_ID=40073

My college uses this in a south asian art history class!

Read along with: India, A Sacred Geography by Diana Eck.

After reading this book, I could know as to what " Idolatry " means besides getting a first hand information about image worship.

Make believe. Romanticizing India that never was, is or will be for India was always a down to earth society engaged in material pursuits. I prefer Doniger's version of truth. I go by the conduct of the votaries of Hinduism that I see on a daily basis.