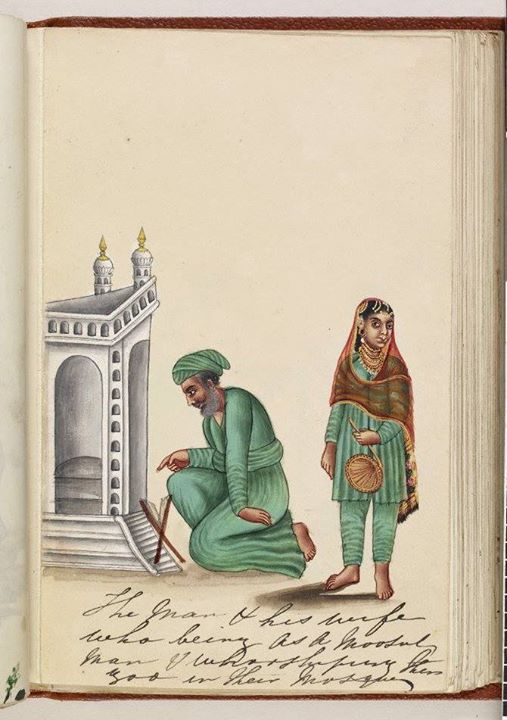 Opaque watercolour painting on European paper of a Muslim and his wife at worship. The mosque is the only drawing of a building in this album. It has two minarets, arched halls and niches in the walls. Opposite the mosque, an aged man with a flowing beard in green clothes kneels before a bookstand on which is the Qur’an. Behind him stands his wife, dressed in a salwar kamiz and a dopatta covering her head and shoulders and jewellery. In her left hand she carries a palm-leaf fan.

This is the rich history of India - not the spin of the current saffron merchants.

Those were the days....i heard when Britishers surrounded tbe Red fort in Delhi (where the last Mugal Emperor was living) all the soldiers of Mugal Army ran away saying The Britishers attacked " the britishers attacked ".(beacasue they had Advance artillery) but the Emperor didnt move from his thore. When Britisher captured him and asked him in a state of shock that why didn't he run away???? He said THE PERSON WHO PUTS MY SHOES ON ME RAN WAY!!