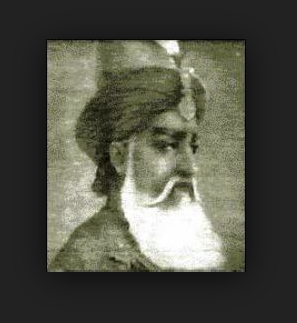 A study of eighteenth century Islam, politics and society in India.

Shah Waliullah was born Ahmad in 1703 to Shah Abdur Rahim, a compiler of the compilation of the Hanafi lexicon, Fatawa-e-Alamgiri. His father was the founder of the Madarssa-i-Rahimiya. Shah Abdur Rahim was on the committee appointed by Aurangzeb for compilation of the code of law, Fatwa-e-Alamgiri. His grandfather, Sheikh Wajihuddin, was an important officer in the army of Shah Jahan.

He had a son who was also a famous religious scholar, Shah Abdul Aziz.

SHAH WALI ULLAH's POLITICAL THOUGHT - Still a major obstacle against modernisation of Indian Muslims. by R.Upadhyay Shah Wali Ullahs (1703-1762) was a great Muslim thinker of eighteenth century. His time was one of the most emotional chapters of Islamic revivalist movements in Indian subcontinent. The on going Hindu-Muslim communal controversy in contemporary India is deeply rooted to his political Islamic theory. The most significant contribution of Wali Ullah (Allah) for his community is that his teachings kept alive the religious life of Indian Muslims linked with their inner spirit for re-establishment of Islamic political authority in India. Historically, Wali Ullah's political thought was to meet the political need of his time, but its relevance in the changed social scenario is one of the most important reasons that Indian society is not free from the emotional disorder. If the society has not developed the attitude of let bygones of the dark history of Indian subcontinent be gone, then Wali Ullah's political Islam is also responsible for it. His emphasis on Arabisation of Indian Islam did not allow the emotional integration of Indian Muslims with rest of the population of this country. Regressively affecting the Muslim psyche, his ideology debarred it from a forward-looking vision. His political thought however, created " a sense of loyalty to the community among its various sects" ((The Muslim Community of Indo-Pakistan subcontinent by Istiaq Hussain Qureshi, 1985, page 99). Born ( Muzaffarnagar-Uttar Pradesh) in a family loyal to Mogul Empire Wali Ullah claimed his lineage from Quraysh tribe of Prophet Mohammad and of Umar, the second caliph (Religion and Thought of Shah Wali Allah by J. M.S.Baljon - E.J. Brill 1986, page 1). Inheriting the Sufi tradition of Sunnism he succeeded his father after his death in 1719 as principal of Madrasa Rahimiyya at Delhi at the age of 14. He went for pilgrimage to Mecca and Madina in 1730 and pursued deep study of Hadith and Islamic scriptures during his 14 months stay there. On his return to India from the epicentre of Islam in 1732, Shah Wali Ullah was found more concerned with the political disorder and fading glory of Muslim power. He wanted the Muslim society to return to the Prophet era for the political unity of the then Muslim rulers. His religio-political thought was based on the 'Perso -Islamic theory of kingship' (Shah Wali Ullah and his Time by Saiyid Athar Abbas Rizvi, page 397) and Mahmud Ghazna and Aurangzeb were his heroes among the Muslim rulers. His objective was to re-establish the Islamic cultural hegemony in the Indian sub-continent. Shah Wali Ullah realised the political rise of non-Muslims like Maratha, Jat and Sikh powers and the fading glory of Islamic rule as danger to Islam and therefore, any loss of political heritage of Muslim was unbearable to him. He was the first Arab scion in India, who raised Islamic war cry for stalling the diminishing glory of Mogul Empire. His religio-political theory inspired a large number of successive Muslim scholars, who carried forward his mission and resultantly gave birth to Islamic politics in India. The slogan of 'Islam is in danger' - is profoundly embedded to his hate-non-Muslim ideology. Read more: http://bit.ly/1jdg9zX