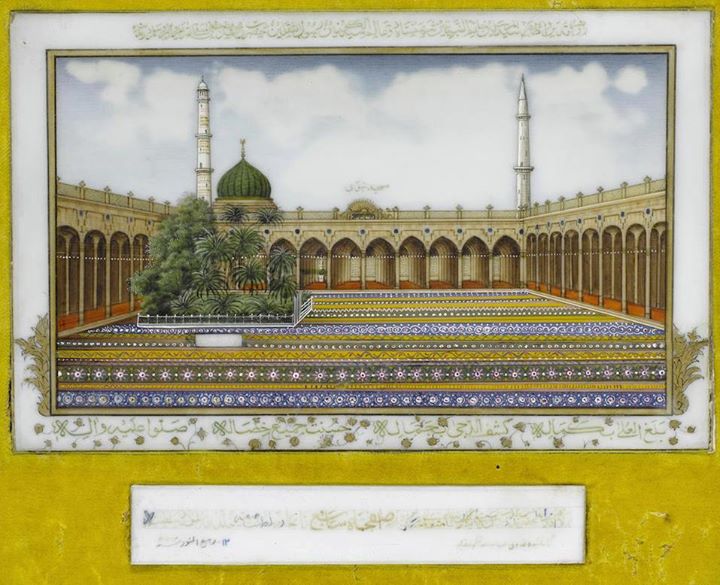 The tomb of the Prophet Muhammad at the holy city of Medina, commissioned by Asaf Jah VII (reg. 1911-1948), Mir Usman Ali Khan, Nizam of Hyderabad.

Gouache on glass, with Arabic inscription above identifying the Holy tomb as that of the Prophet Muhammad, and two couplets in praise of his character, a separate panel with an inscription giving the name of Asaf Jah VII and the date AH 1362/AD 1943.

Wasn't this targeted by Wahabi militants?

Here is a rare book of Mecca. A pop-up book by czech artist, Kubasta. Fortunate to have one in my collection ( http://www.vintagepopupbooks.com/Kubasta_Panascopic_pop_up_book_p/k-28.htm#axzz3mUfLNgha )

All architecture but the Kaaba is regularly bull-dozed. ( http://time.com/3584585/saudi-arabia-bulldozes-over-its-heritage/ )