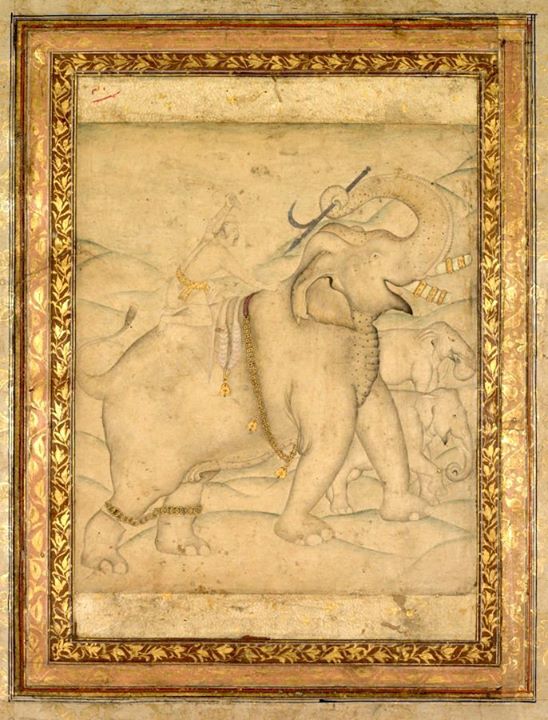 Portrait of Emperor Jahangir Riding an Elephant
First half of the 18th century
India, Mughal Dynasty (1526-1756)

Source: The Cleveland Museum of Art

The Mughal love for elephants starts with Akbar, ever since his battle with Hemu, who toppled off his elephant ( named Hawai) at a point when Akbar thought he'd lost the war. Akbar beheaded Hemu & attributed his success to the good luck which the elephant brought. He had over 200 elephants including Hemu's Hawai in his hathi-khana at Agra & most mornings he would step put to see them. He knew the names of most & at least twelve elephants have been painted by his court's best artists.

won't this image need to be banned or destroyed once the RSS hijacks Indian civilization?

Sorry, You have a wrong impression of the RSS.

elephant was a social status.elephant served like a modern tank in warfare.