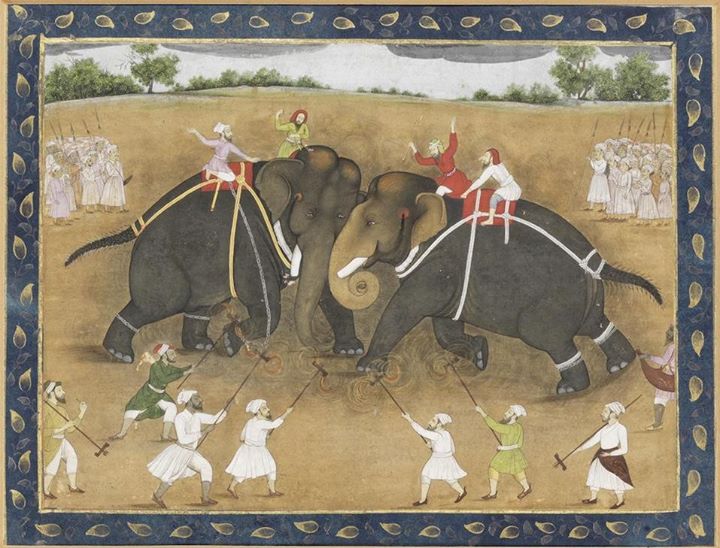 An elephant fight on a hillside, mahouts astride the two charging beasts, others rushing forward with firebrands, two platoons of soldiers watching from either side
Mughal, circa 1760

Murid Khan Muhammad Sadiq Tabataba'i was a nobleman at the court of Muhammad Shah and was a noted calligrapher. A collection of his works survives, completed in AH 1150/AD 1737.

The usual warring & sparring with the Mughals .. light entertainment