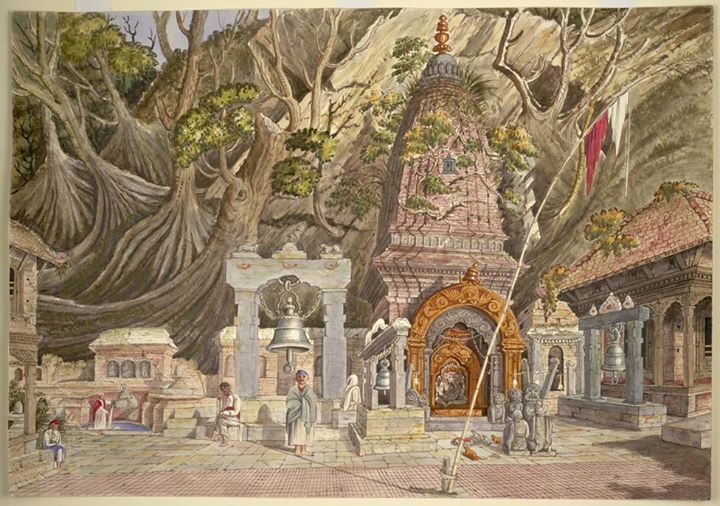 Dr Oldfield, who was Residency Surgeon at Kathmandu from 1850-1863, wrote in 'Sketches from Nipal, Historical and Descriptive...' (1880), "Ganesha, as the God of Wisdom, is much esteemed by all Buddhists as well as by Hindus. His aid is implored at the commencement of all important religious or domestic undertakings, and worship is made to him first, before it is made to any other of the deities. His images are usually placed close to the entrance to a temple, or on the roadside leading to its main approach. He is always represented with an elephant's head as an emblem of sagacity, and his supporter, on which he either rides or stands, is a rat, because that animal is everywhere believed to be gifted with an unusual amount of prudence and foresight."

Gael Thompson, you were here a few days ago? Very interesting!

What a beautiful painting!! How lovely to see Bhaktapur back in the day