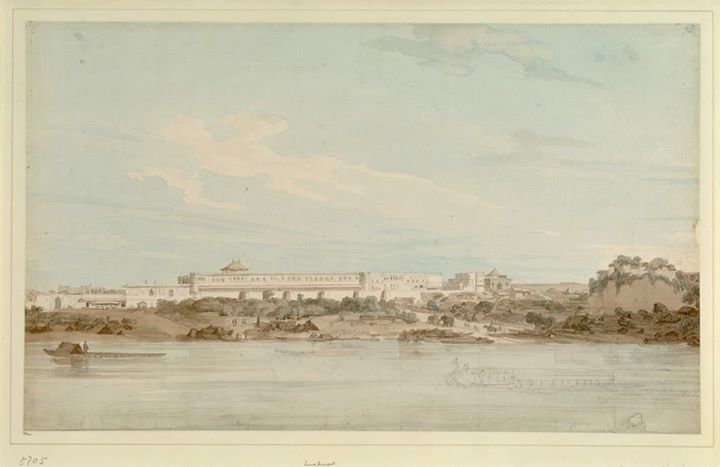 View of the Palace of Nawab Shuja-ud-daula, Lucknow, from the River Gumti - 1789

Pencil and water-colour drawing of the view of the Palace of the Nawab Shuja-ud-daula at Lucknow, from the River Gumti, dated 14-16 August 1789. Inscribed on the front of the mount in pencil (not original inscriptions): '95a. 5705 Lucknow.'

This sketch appears to have provided the background for 'Oriental Scenery,' part 3, plate 16. Lucknow was the capital of the province of Oudh, a large province of the Mughal Empire from which it had become almost independent. The Nawab Sujah-ud-Daula spent the first eleven years of his reign in that beautiful and flourishing town and built himself a palace with an extended colonnade, overlooking the river Gumti, between 1754 and 1764.