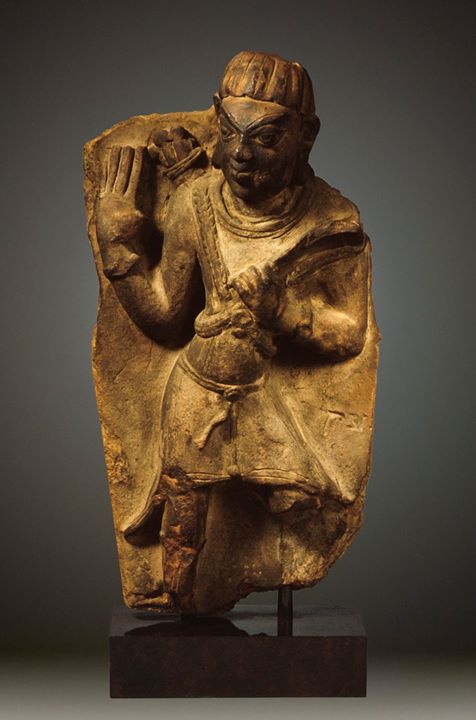 Digital Rare Book:
The Raghuvamsa of Kalidasa
With the commentary (the Samjivani) of Mallinatha
By Moreshvar Ramchandra Kale
Published by Gopal Narayen & Co., Bombay - 1922

Raghuvamsha (Sanskrit: रघुवंश, Raghuvaṃśa) is a Sanskrit mahakavya (epic poem) by the most celebrated Sanskrit poet Kalidasa. Though an exact date of composition is unknown, the poet is presumed to have flourished in the 5th Century CE. It narrates, in 19 sargas (cantos), the stories related to the Raghu dynasty, namely the family of Dilipa and his descendants up to Agnivarna, who include Raghu, Dasharatha and Rama. The earliest surviving commentary written on the work is that of the 10th-century Kashmirian scholar Vallabhadeva. The most popular and widely available commentary, however, is the Sanjivani, written by Mallinatha (ca.1350-1450).

The warrior Raghu leads a military expedition to Transoxiana. He defeats and subjugates local people along the way (presumably on his march through Central Asia) until he reaches the Vankshu, as the ancient Indians called the Oxus River. There, Raghu's army battles the Hepthalites, or White Huns, whom the Indians called Hunas and Mlecchas (barbarians). The Hepthalites are defeated, and the Raghuvamsha boasts of "The exploits of Raghu, whose valor expressed itself amongst the husbands of the Huna women, became manifest in the scarlet color of their cheeks."

After crossing the Oxus, Raghu and his army encountered the Kambojas, an ancient Indo-Scythian people often mentioned in Indian texts. The Kambojas submitted to Raghu and offered him gifts and treasures. Evidently, the Kambojas dwelt in the vicinity of the Pamirs. Kalidasa describes the preponderance of walnut trees in the Oxus country, this particular region is still known for the cultivation of walnuts.