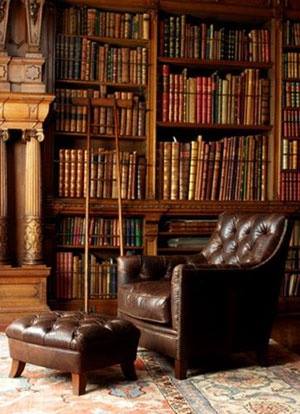 “Whoever has entered rooms which used to house volumes, maybe over the course of centuries, is aware of the feeling of holding ancient documents and books, and can imagine the emotion to give a new life to works that a long sleep has laid still for years. Through the bookseller’s search there will be a new stage of the mysterious route that the books follow in a time that is longer than the one allowed to their owners. Tracing the map of the trip is not possible, in some cases we are talking about hundreds of years that the book spends from library to library. It would be interesting to know where and from whom the volumes chosen had originated and where they have ended up."

- "Living With - And From - Books: A Century of Manuscripts and Early Printed Books of Literature, Fine Arts, Science and First Editions", published by Umberto Pregliasco on the occasion of the 100th anniversary of the Libreria Antiquaria Pregliasco.

Oooh! I can already smell that musty booky smell mingled with stale smell of tobacco and coffee and not to beat the smell of leather upholstery. Sheer heaven on a cold day, when one sinks into the comforts of the plush sofa, puts feet up on the settee and gently toasts ones toe and reads a book of choice.......This is Shangrila !

Right! This is heaven. A state of Zen.

That's my sort of room.

My room also have aprox ThausandsRare Books my personal collection