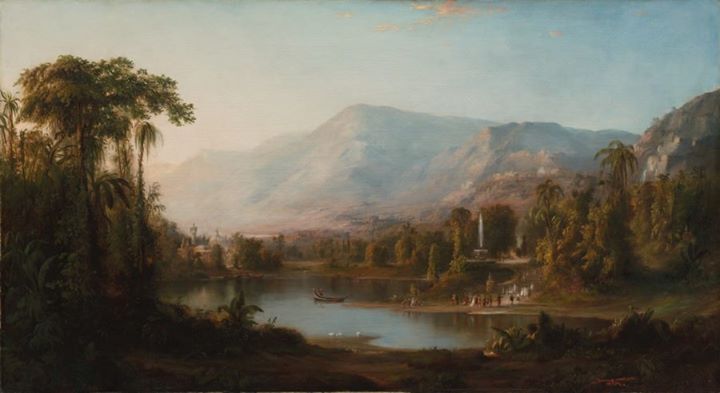 Cincinnati-based Duncanson was the first African American artist to achieve recognition both nationally and abroad. This panoramic painting, one of his grandest, was inspired by an episode in Thomas Moore’s then-popular epic poem, Lalla-Rookh (1817), which describes a Persian princess’s journey to the Indian subcontinent to be married. In Duncanson’s conception, members of a courtly entourage depart a quasi-Islamic palace, arriving by boat onto a scrim of land where they ascend a monumental staircase to a plaza with a fountain spraying an impressive plume of water. Despite these substantial storytelling details, the human elements remain subordinate to the overwhelming splendor of the natural landscape in and of itself.

Source: The Cleveland Museum of Art