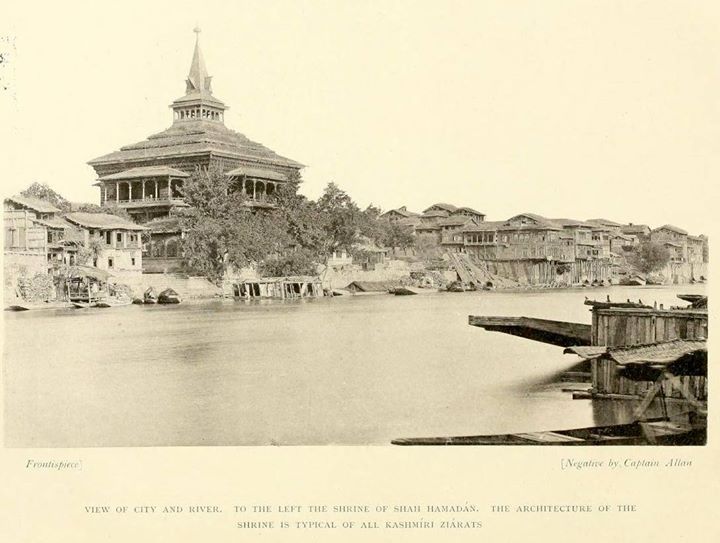 This lovely view still exists. I was on a bridge looking at it a year ago.

Abode of Kali Ma. Taken over by our Muslim brethren

This place was abode of Goddess Kali and a temple existed there before it was vandalized and a mosque came over it. Hindus continued their worship at the base of the river front.There is a small pond called " Kali-Nag " which still exists inside this premises.

People did Ibhadat outer perimeters of the Kali Nag. Nobody dared to go inside the nag without having blindfolds over their eyes.

This is Shah-i-Hamamdan Mosque in Srinagar, on the bank of River Jhelum. There used to be a sacred spring named after Hindu goddess Kali. The spring was inside the Hindu temple which was built by Pravarasena II and was called Kali-Shri. The Mohalla, in which it was situated was called Kali-Shri-Pur, now called Kalashpur. What happened to it must be clear to you by now as Mr. Vinod Razdan has already explained. What we Hindus are left with (of our temple) is visible in this picture. A portion of the wall under which the water from the spring still flows & mingels with river Jahlum. :(