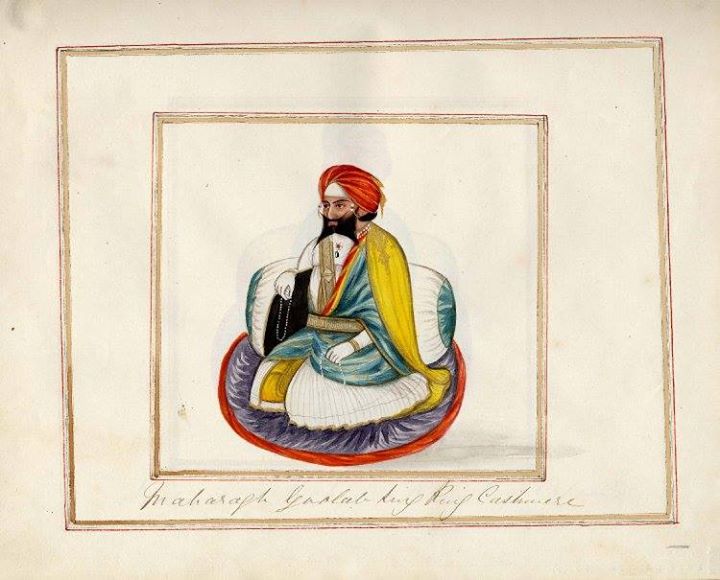 Watercolour painting with a pen and ink border of Maharaja Gulab Singh of Kashmir. He is shown seated on a cushion with a large bolster behind him. He faces to his right, and holds a string of rosary beads in both hands.

A 3rd/4th decendent of him Maharaja Hari Singh signed the Instrument of Accession on 26 October 1947, acceding the whole of his princely state (including Jammu, Kashmir, Northern Areas, Ladakh, Trans-Karakoram Tract and Aksai Chin) to the Dominion of India. ............. He was hostile towards the Indian National Congress, in part because of the close friendship between Kashmiri political activist and socialist Sheikh Abdullah and Jawaharlal Nehru. He also opposed the Muslim League and its members'