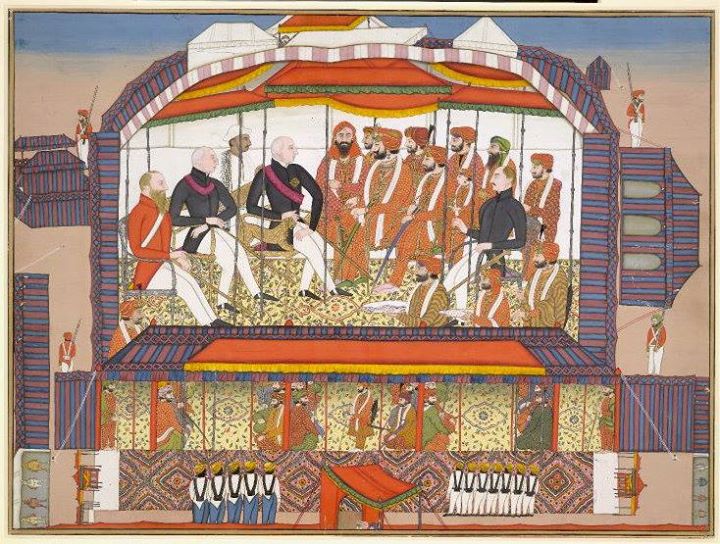 The signing of the Treaty of Bhairowal, Punjab on 26 December 1846.

Unusually, this painting illustrates an historical event - the signing of the treaty between the Sikh rulers of the Punjab and the British following the first Anglo-Sikh war (1845-46).