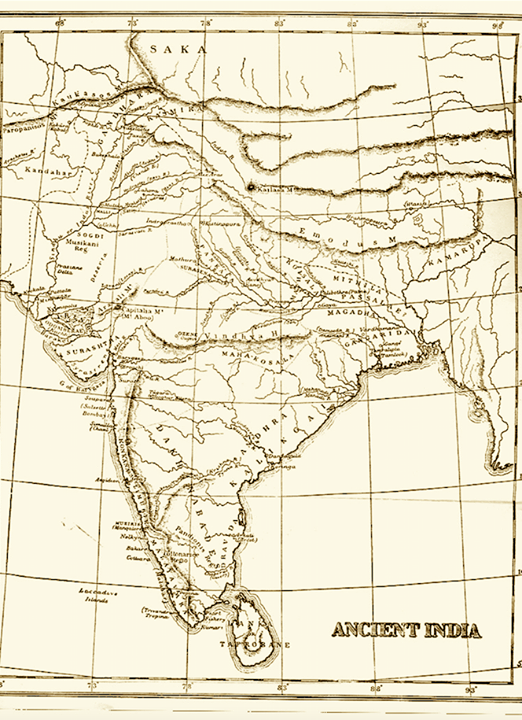 It was F E Pargiter, who introduced the notion of a Synchronism in Indian Historiography, in one of the first such works to appear in a European language, which lent credulity to the Puranic texts, he was the first to analyze them in detail and publish his findings in a book. Even so, Pargiter had fallen prey to the propensity of the colonial overlord to tamper with the data instead of reporting on it in a dispassionate manner with Vairagya and Viveka. In so doing he follows the pattern of British Indian civil servants, whowith literally dozens of domestic servants to relieve them of daily chores and ample time and a security enabled through palatial and sumptuous salaries at the cost of the impoverished Indian, were able to indulge in the favorite pastime of rewriting and reinterpreting Indian History in a form more palatable tothe European audience. But Pargiter exhibits a degree of adherence to the evidence not evident in most other writers from the Occident. Despite his scholarship, the constant contact with Indians who were mostly in a subordinate role and generally obsequious in their behavior to most Occidentals, had taken itstoll on objectivity and there is palpable condescension in the narrative that he spins and like other English historians, he does not seem to have sought the opinion and review of Indic Pundits.The concern about synchronism was a natural one and stemmed from the need for understanding the relationship between various overlapping dynasties that spanned a millennial time frame. Hailing as they did, from a small island, they were not used to seeing the sheer plethora of dynastic families that ruled over the different parts of the subcontinent during the millennia. More importantly, the tendency to disbelieve any dates or the absolute chronology was so strong, that they were looking for external synchronisms, especially with respect to an Occidental. The difficulty was that there was not much of a civilization in the Occident during the millennia prior to 1000 BCE, with the exception of the countries surrounding the eastern Mediterranean. As a result, there is no record that is accessible to us even of travelers from Greece or Babylon during the time frame in question. This is not to say that absence of evidence is evidence of absence. It is just that more work needs to be done to see if there were other travelers to India during the time period under consideration

Author:
Kosla Vepa is a member of the Global Indic Diaspora, originally a native of Andhra Pradesh state in India and has had the good fortune to have been brought up and have had his education in various parts of India including, Bihar, Maharashtra, and Karnataka. He matriculated from Andhra University in 1955. Among the schools which he has attended are St.Xaviers College, Bombay, Karnatak University, Indian Institute of Science, Bangalore, and the University of Waterloo, Ontario, Canada. His highest degree is a PhD in the area of Engineering Mechanics. His professional and technical interests include successful research and development engineering experience in the Information technology, aero?engine and energy industries across the globe and an abiding interest in the history of the Mathematical sciences in antiquity.

WORTH READINg to the LAST

Seems interesting reading. If u hv it wud like to read it sometime!

Fashion repeat so the Maps

This perspective makes it more interesting .thanks for sharing.

Fine! from the introduction he seems to be another Dr. Vincent A. Smith of Indian history with jaundiced eye of India. On the contrary there were a lot of westerners who were objective regarding Indian spirituality through their personal experience!