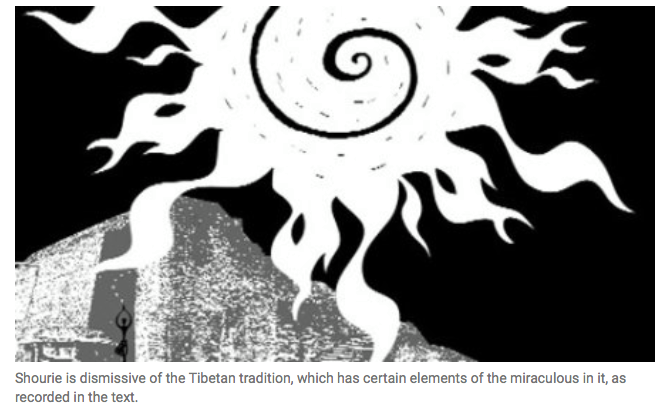 Essay:
The Nalanda debate - Grist to the reactionary mill
The above account mentions the fortress of Bihar as the target of Bakhtiyar’s attack.
By D.N.Jha
Indian Express - 9 July 2014

I was amused to read ‘How History was Made up at Nalanda’ by Arun Shourie who has dished out to readers his ignorance masquerading as knowledge – reason enough to have pity on him and sympathy for his readers! Since he has referred to me by name and has charged me with fudging evidence to distort the historical narrative of the destruction of the ancient Nalandamahavihar, I consider it necessary to rebut his allegations and set the record straight instead of ignoring his balderdash.

My presentation at the Indian History Congress in 2006 (and not 2004 as stated by Shourie), to which he refers, was not devoted to the destruction of ancient Nalanda per se – his account misleads readers and pulls wool over their eyes. It was in fact focused on the antagonism between the Brahmins and Buddhists for which I drew on different kinds of evidence including myths and traditions. In this context I cited the tradition recorded in the 18th century Tibetan text, Pag-sam-jon-zang by Sumpa Khan-Po Yece Pal Jor,mentioned by B N S Yadava in his Society and Culture in Northern India in the Twelfth Century (p.346) with due acknowledgement, though in his pettiness, Shourie is quick to discover plagiarism on my part! I may add that “Hindu fanatics” are not my words but Yadav’s which is why they are in quotes. How sad that one has to point this out to a Magsaysay awardee journalist!

In his conceit Shourie is disdainful and dismissive of the Tibetan tradition which, has certain elements of miracle in it, as recorded in the text. Here is the relevant extract from Sumpa’s work cited by Shourie : “While a religious sermon was being delivered in the temple that he [Kakut Siddha] had erected at Nalanda, a few young monks threw washing water at two Tirthika beggars. (The Buddhists used to designate the Hindus by the term Tirthika). The beggars being angry, set fire on the three shrines of Dharmaganja, the Buddhist University of Nalanda, viz.— Ratna Sagara, Ratna Ranjaka including the nine-storeyed temple called Ratnodadhi which contained the library of sacred books” (p.92). Shourie questions how the two beggars could go from building to building to “burn down the entire, huge, scattered complex.”

Thanks for keeping us posted on this rather confusing debate.

Where does history begin, and where does politics end...