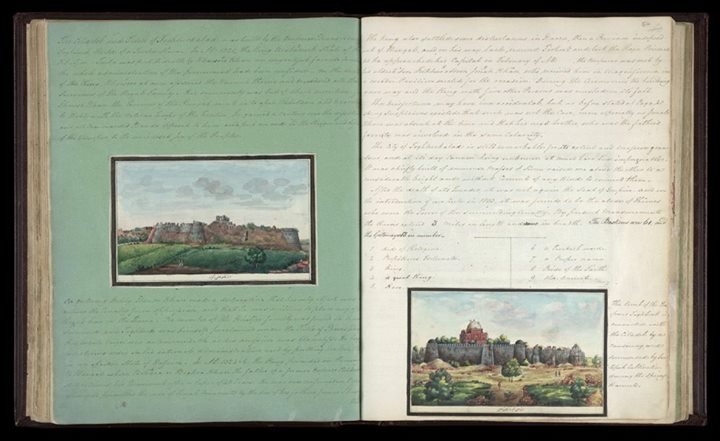 The tomb of the Emperor Ghiyas al-Din Tughluq (r.1320-25). Originally it stood within a reservoir and was attached to Tughlaqabad fort by a causeway. The tombs sloping walls pioneered a style that was used in all subsequent Tughlaq architecture. The tomb also has the graves of Ghiyas ud-Din's wife and his son Muhammad Bin-Tughlaq (r.1325-51).

From 'Reminiscences of Imperial Delhi’, an album consisting of 89 folios containing approximately 130 paintings of views of the Mughal and pre-Mughal monuments of Delhi, as well as other contemporary material, with an accompanying manuscript text written by Sir Thomas Theophilus Metcalfe (1795-1853), the Governor-General’s Agent at the imperial court.

I was looking just for this! Thanks RBSI!